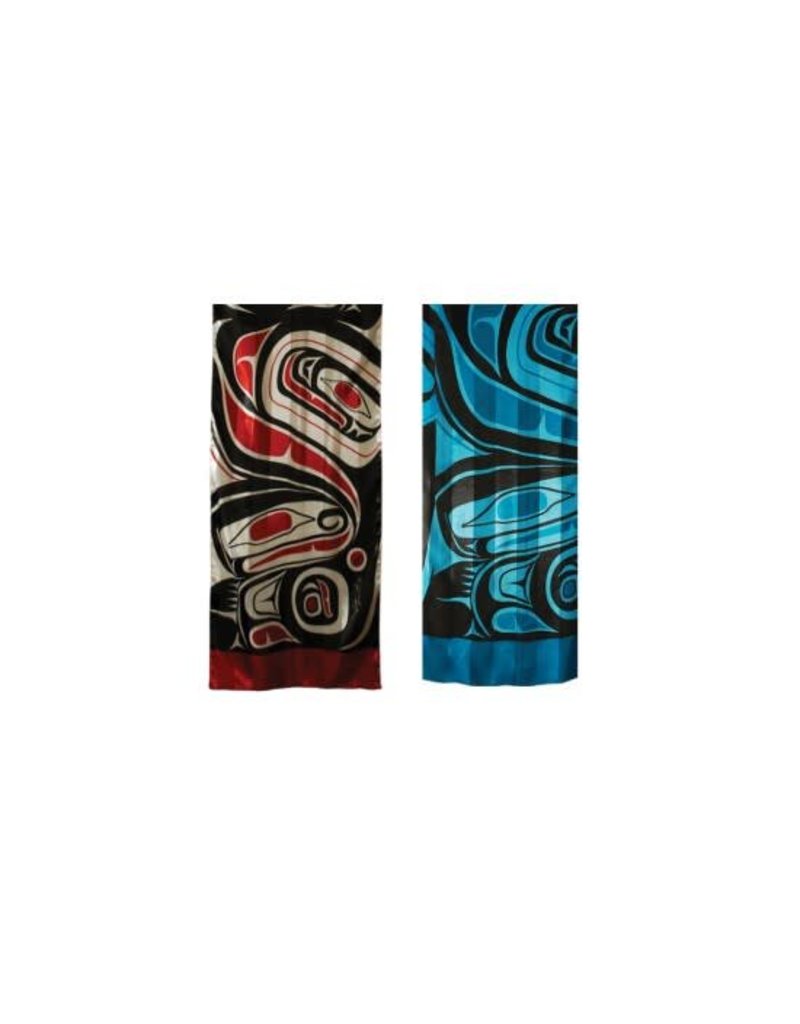 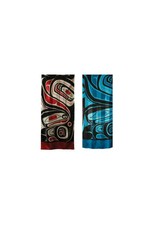 Jim Charlie was born on the Capilano Reserve in North Vancouver, BC. Being of Coast Salish heritage, Charlie is a member of the Squamish Nation, whose territory stretches from North and West Vancouver to Whistler, BC. Jim Charlie is the great-grandson of Jericho Charlie, the namesake of Jericho Beach in Vancouver. As the grandson of the late Dominic Charlie, an accomplished carver, Jim was educated in the histories and culture of the Salish peoples throughout his youth. He has been inspired by those traditions in his artwork and has taken the Thunderbird and grizzly bear as his family crests in honour of his grandfather and grandmother, respectively.