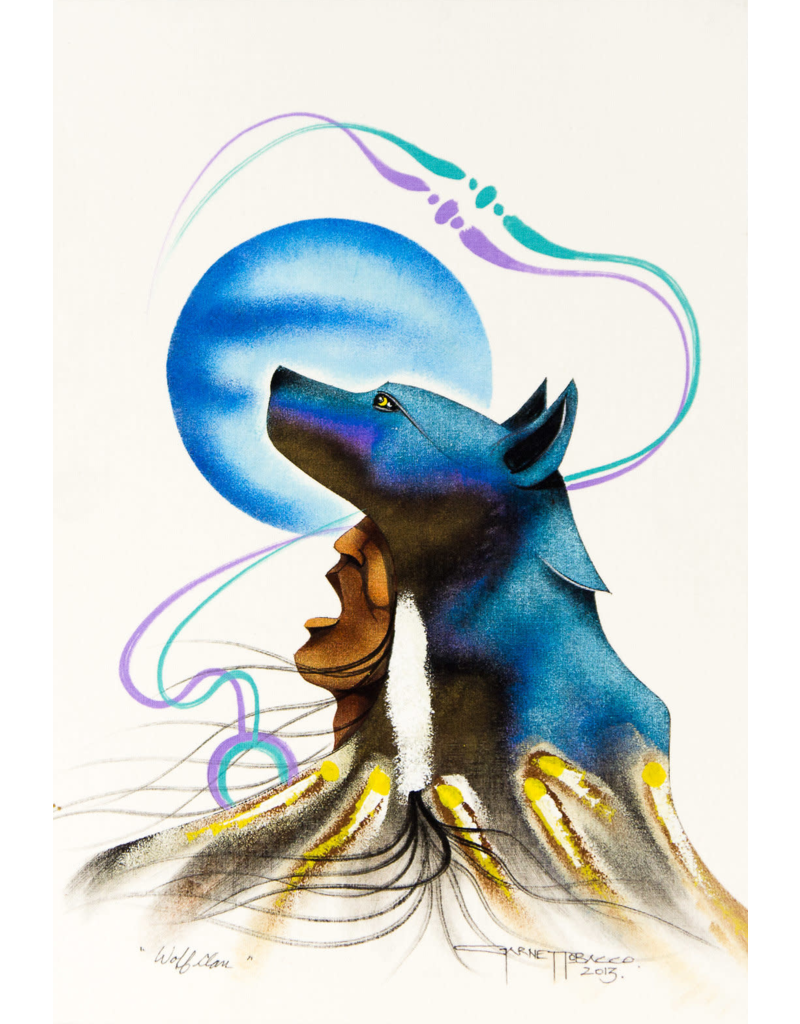 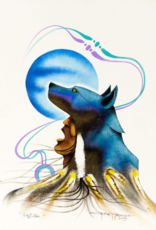 Some of the animals that he loves to paint are those common to the plains region such as bison, herons, eagles, and hawks but he also explores the world water world with his salmon, whales and turtles, as well as some truly delightful works depicting subjects like the butterfly, hummingbirds and loons.