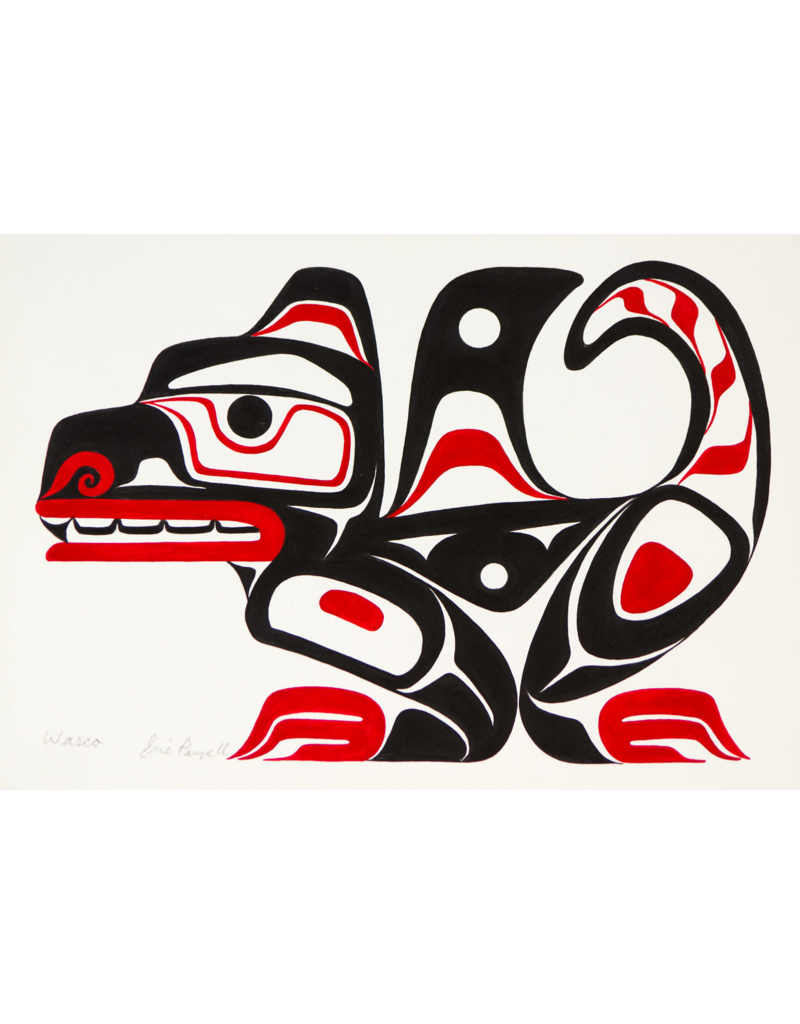 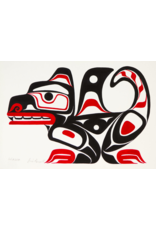 Wasco is a mythological being from the undersea world with the head and tail of a Wolf and the dorsal fin and blowhole of a Killer Whale. Wasco hunts Killer Whale to feed his family and is a spirit guide among Haida fishers. He has the ability to move both in water and on land.