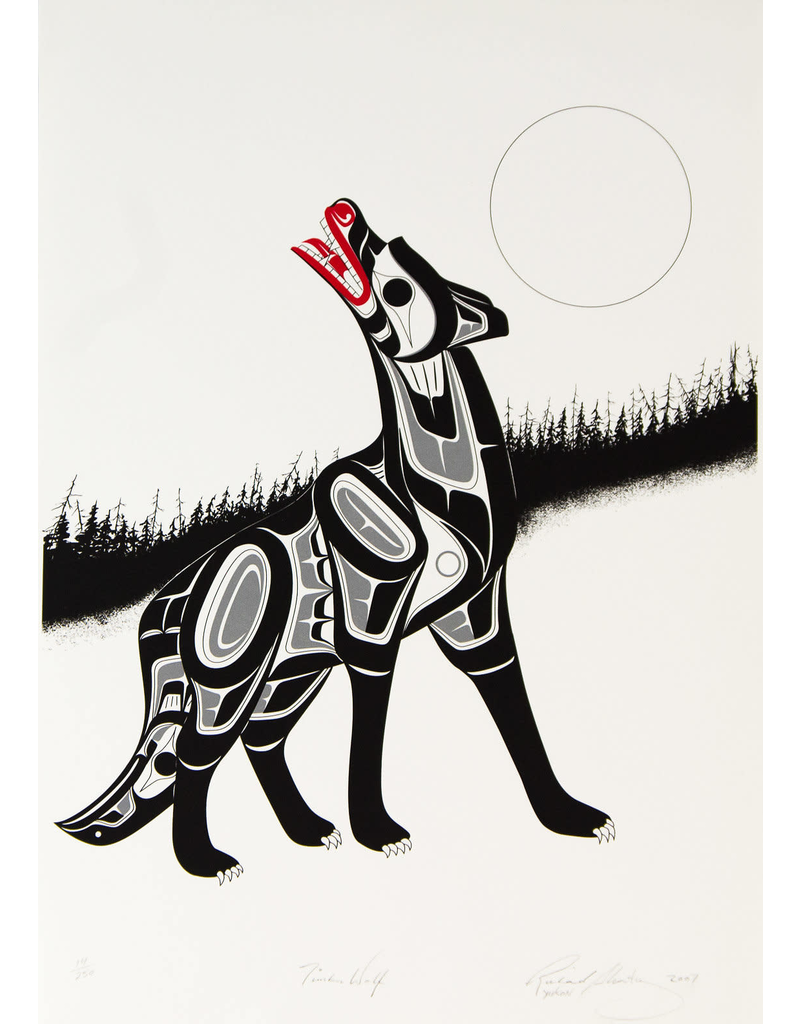 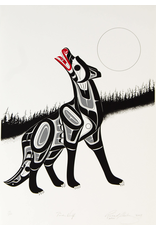 Wolf can be considered a masculine symbol of leadership and intelligence. He is a leader of the people and shows us strength in relationships and the importance of strong family values. Wolves live and hunt in packs or family groups, so he is a teacher of cooperation, protectiveness and the value of extended families. Wolf shows intense loyalty with a balance of independence. The Wolf is depicted in Pacific Northwest Coast First Nations art as having distinct features, including sharp pointed teeth and claws, long snout, pointed ears and a bushy tail. He is always represented in a profile view.