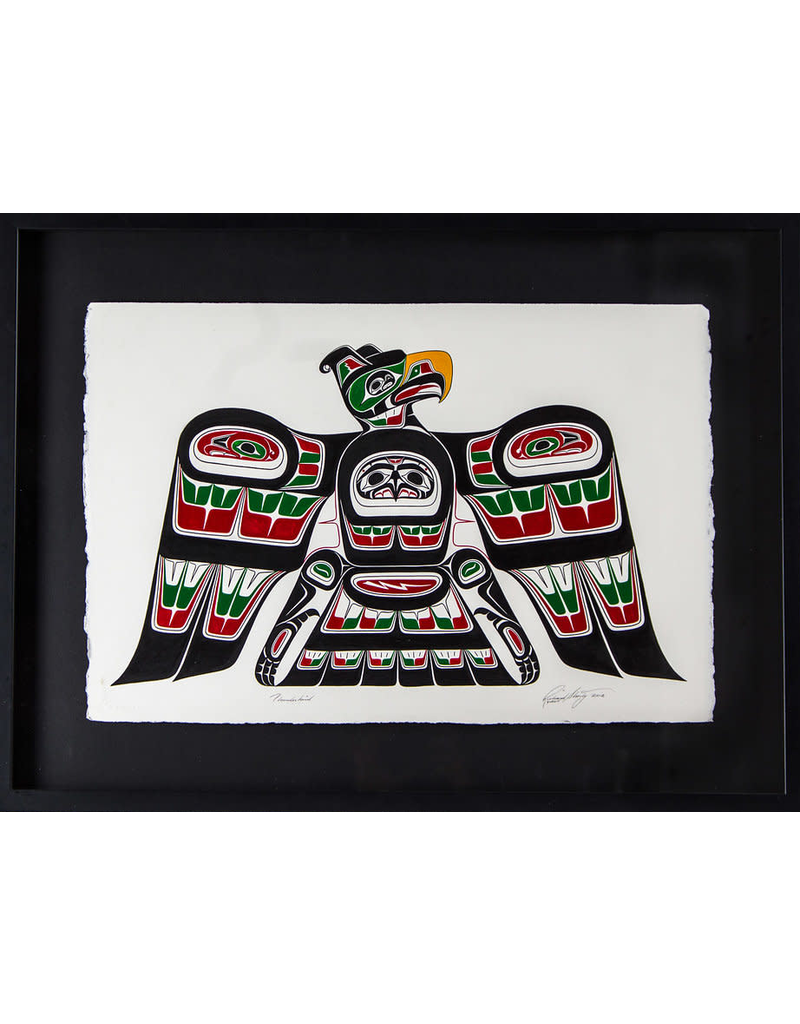 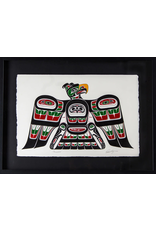 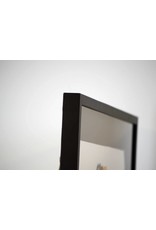 Helper of man, the Great Eagle of all Native Community, known as the supreme conqueror of the skies. Thunderbird is the largest and most powerful totem of native people. He has horns and his wing beats are said to produce thunder, while lightning flashes from his beak.

To the west coast people, this great bird is the most powerful of all the spirits – the personification of "Chief". Only a chief may wear this symbol.