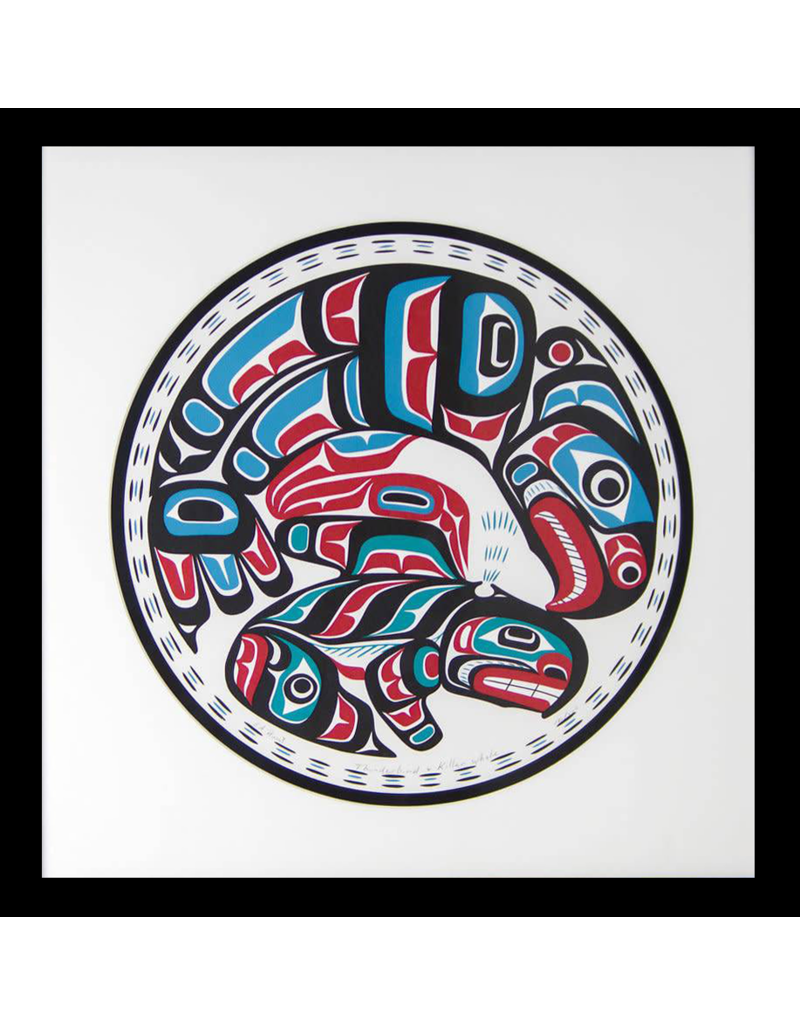 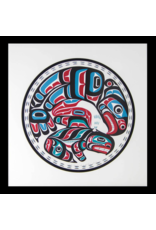 Helper of man, the Great Eagle of all Native Community, known as the supreme conqueror of the skies. Thunderbird is the largest and most powerful totem of native people. He has horns, and his wingbeats are said to produce thunder while lightning flashes from his beak.

To the West Coast people, this remarkable bird is the most powerful of all the spirits – the personification of "Chief." Only a Chief may wear this symbol.

Eugene Hunt was born in 1946 in Alert Bay, B.C. Born to Chief Thomas Hunt and Emma Hunt, he is a member of the Fort Rupert Band of the Kwagiulth nation. In the early 1960’s he spent about four years carving at Thunderbird Park, Royal B.C. Museum in Victoria where he learned from Mungo Martin, Henry and Tony Hunt. He left his artwork for the next twenty-five years, which he spent as a commercial fisherman. Eugene resumed carving in 1987 also took up painting. In recent years he has worked with Calvin Hunt, George Hunt Jr. and John Livingston.