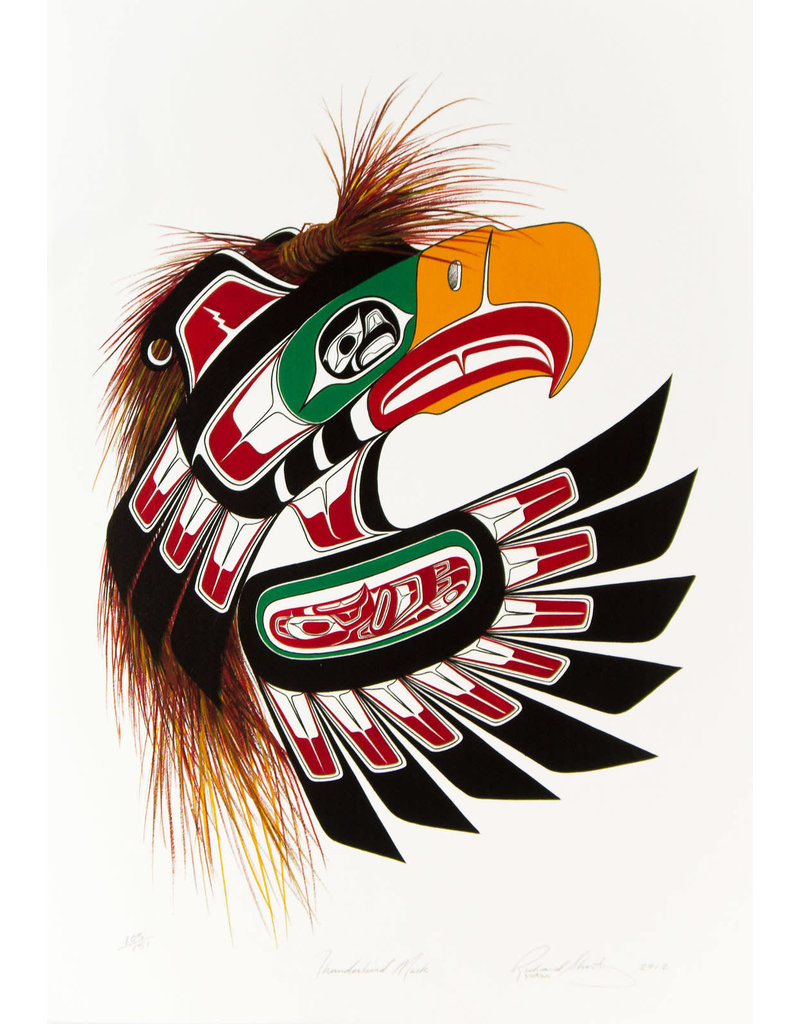 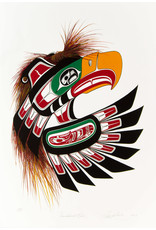 Richard Shorty, Northern Tutchone, is a self-taught artist and his crest is Crow. In 1981/82, he started learning Northwest Coast design from books “Looking at Northwest Coast Art” and others. From what he learned, he began to develop his own designs. In 1983, Richard moved to Victoria, BC to learn from other artists. During this time, Richard picked up on his carving techniques and began to create a style that was a combination of traditional and realistic Native art. Richard's first limited edition print "Frog" was produced by the Leona Lattimer Gallery. His work also includes original drawings and paintings. You can also see his work in the mural on the Orwell Hotel on Hastings Street, Vancouver, BC.