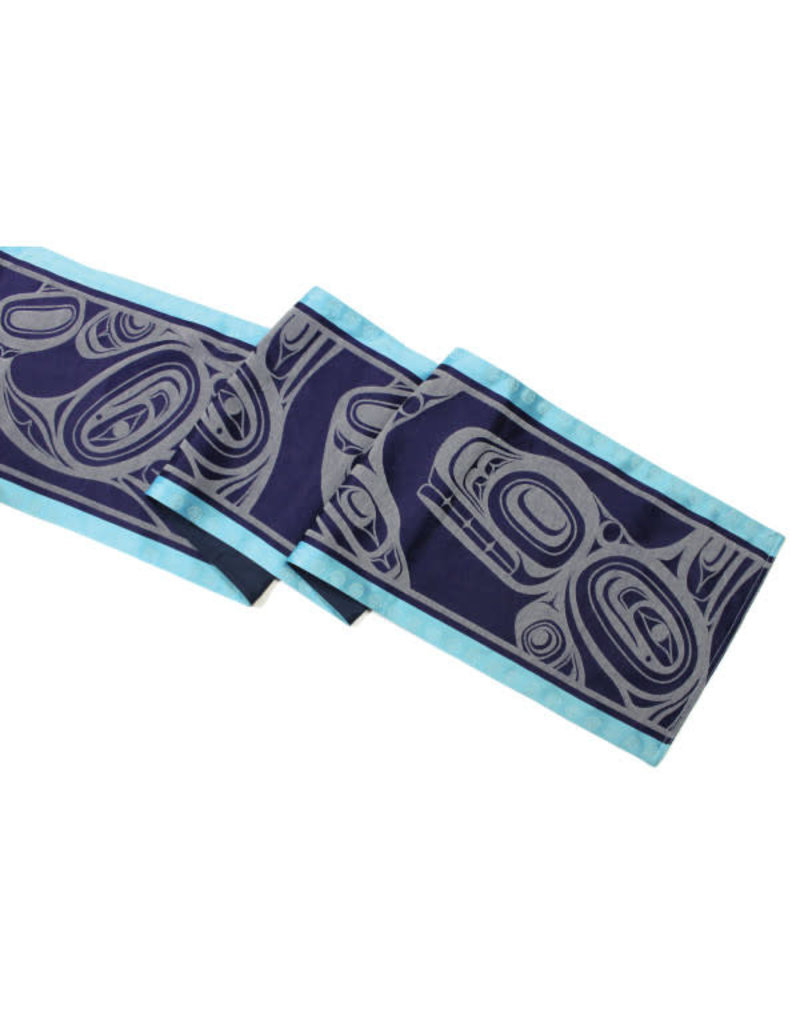 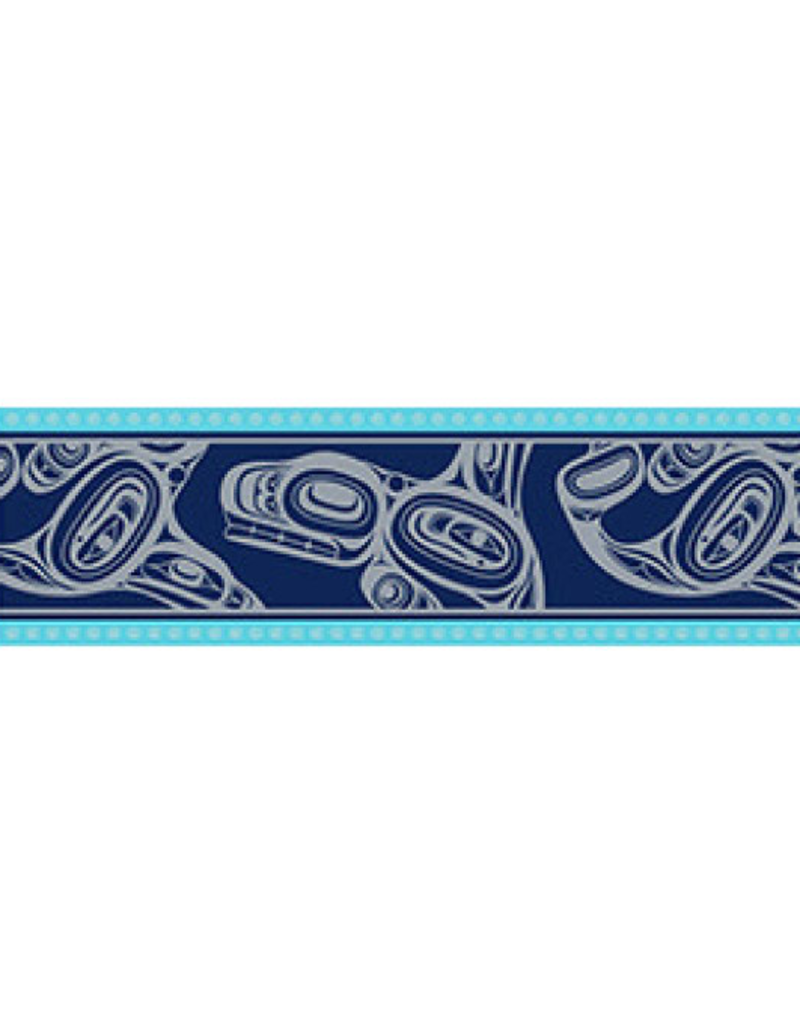 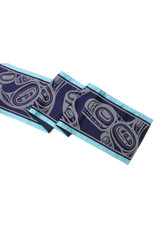 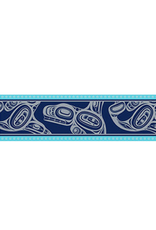 The runner can be used as a table runner, a bed runner, a ceremonial sash, or a wall decor.

Ernest Swanson was born in King County, Washington, in 1981 and grew up on Haida Gwaii (formerly Queen Charlotte Islands) in British Columbia. He is a matrilineal descendent of Charles Edenshaw and grandson to the late Rufus Moody.

In 2005, Ernest earned the Emerging Artist award from British Columbia’s Alliance of Arts and Culture, presented by Robert Davidson, recipient of the Visual Arts award.

Ernest Swanson and Tyson Brown assisted Jim Hart on the carving of the "Celebration of Bill Reid Pole," which was raised on February 21, 2009, at the Bill Reid Gallery of Northwest Coast Art.

Working mostly in silver and gold, Ernest has also created beautiful argillite pieces. His work is fine in detail and true to his Haida heritage.