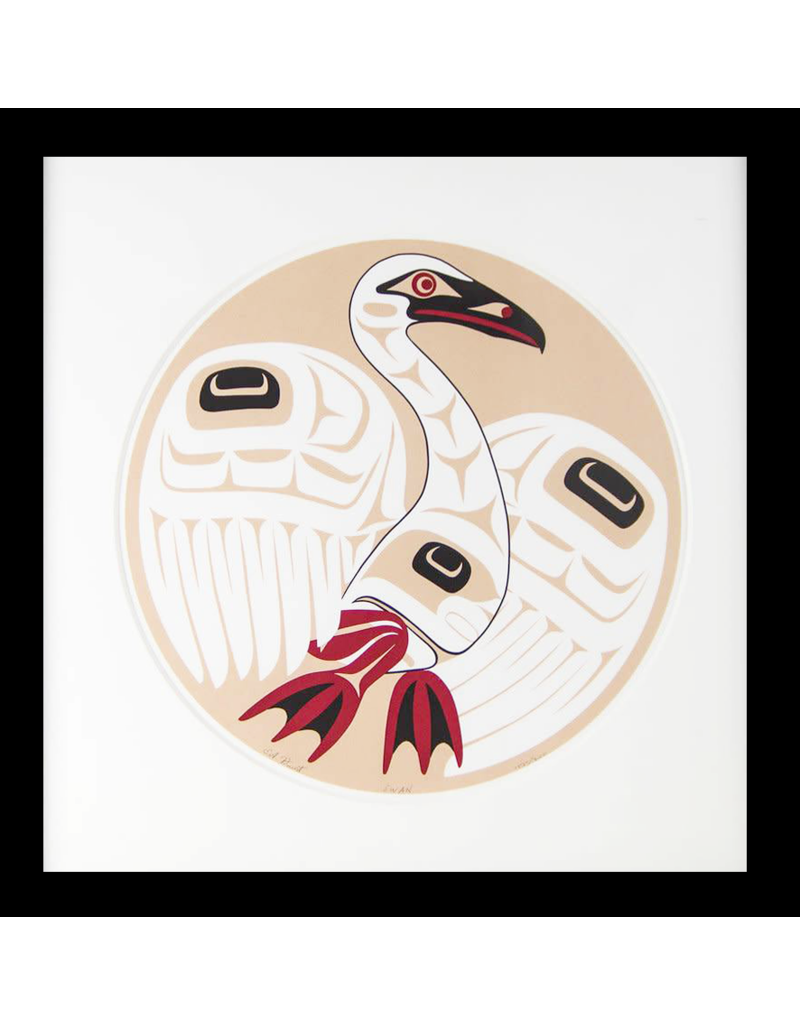 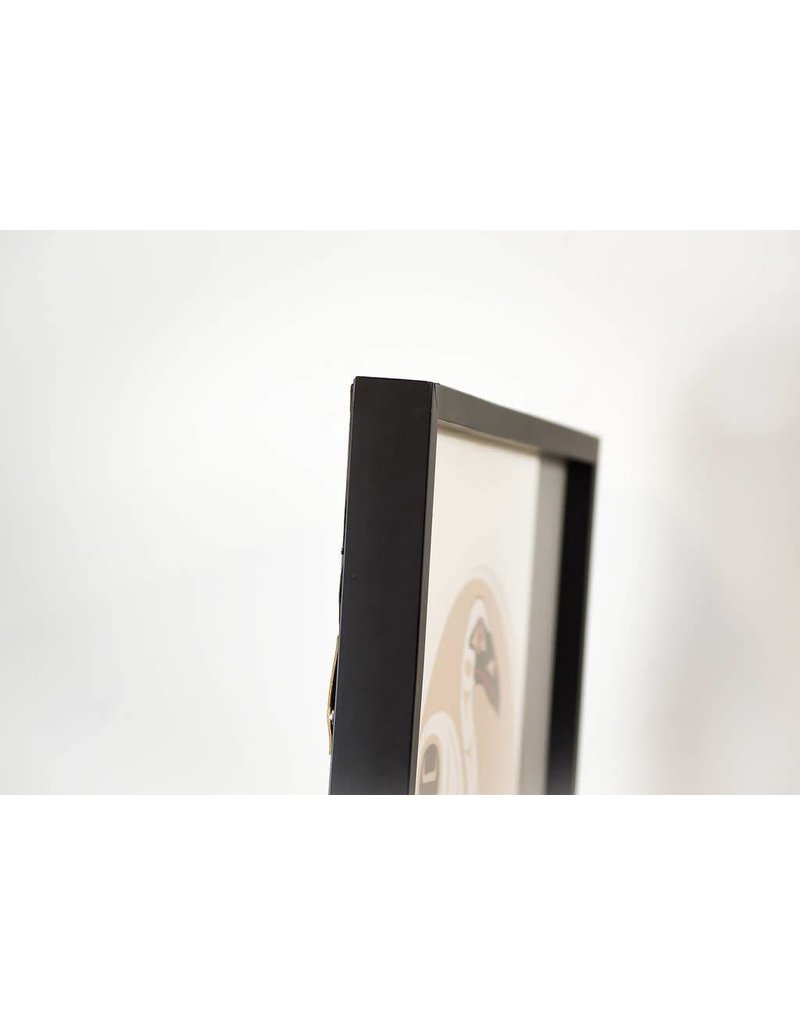 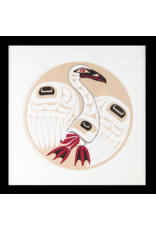 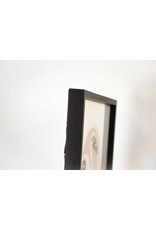 When swans do appear in Native American legends, they are usually grouped together with other waterfowl like geese and ducks, most often portrayed as gullible or foolish characters taken advantage of by tricksters. Swans are also considered particularly beautiful and elegant birds in many tribes, and swan maidens sometimes play a role as eligible brides in Native American folklore. Swans are associated with the sky in some tribal traditions, and as with other white waterbirds, swan feathers are considered a symbol of harmony and spirituality.

Eugene Hunt was born in 1946 in Alert Bay, B.C. Born to Chief Thomas Hunt and Emma Hunt, he is a member of the Fort Rupert Band of the Kwagiulth nation. In the early 1960’s he spent about four years carving at Thunderbird Park, Royal B.C. Museum in Victoria where he learned from Mungo Martin, Henry and Tony Hunt. He left his artwork for the next twenty-five years which he spent as a commercial fisherman. Eugene resumed carving in 1987 also took up painting. In recent years he has worked with Calvin Hunt, George Hunt Jr. and John Livingston.