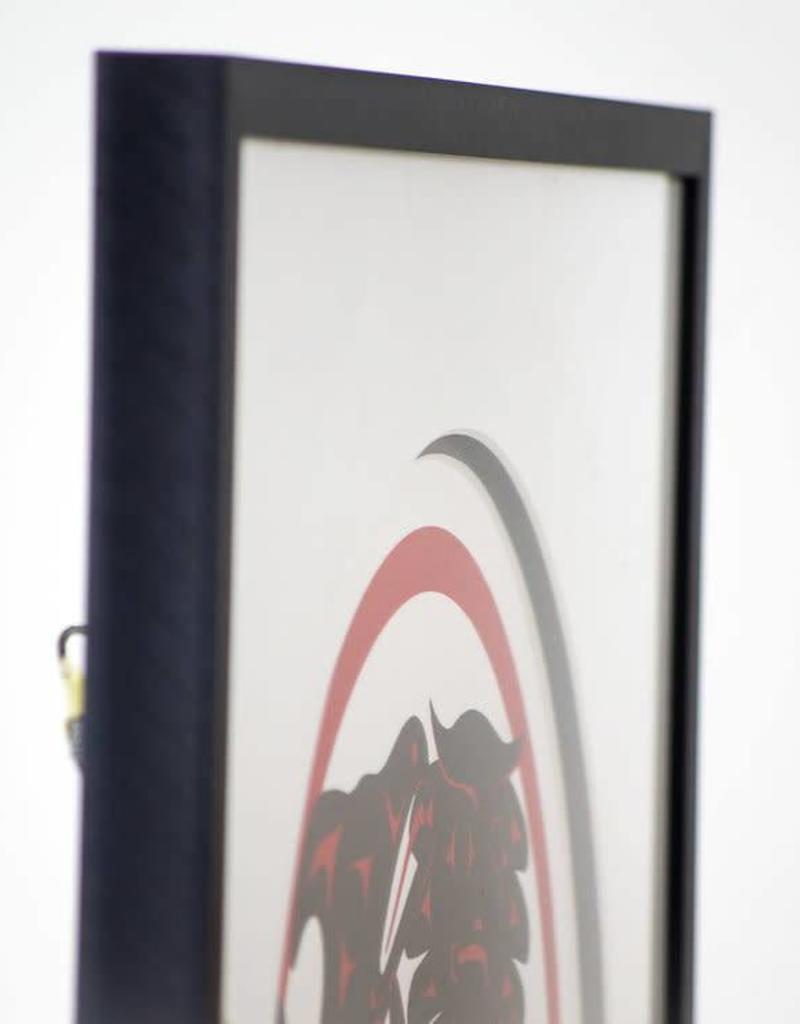 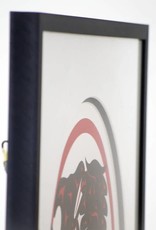 The first people came down from the sky. They were brought by Xaals (HALS) in the form of minks and others, who were later transformed into humans. The oldest of our villages are near ten thousand years old. Our legends tell the stories about the beginning of time, the great flood, and the creation of the sky and all the animals of this land. For many years our people were asleep. Now the Creator has seen to give us back our culture. In this picture an owl is shown with two carvings. One is a man wearing a mask and the other is a man. These carvings stood beside the Fraser River, where the Sto-Lo are from. (Sto-Lo, in the Halkomelum language, means river, and we are the People of the River). The owl represents the old people who are gone; they are handing our culture back to us. The fish in the eagle’s wing represents new life. The red circle represents the red road, which to me means the Indian way of life which is to know who you are, and to be as good as you can be.

Stan Greene’s Salish culture was sleeping, and he has spent his life helping to wake it up. Best known as a carver, Stan is also an avid painter, dancer, and canoeist. Based in Chilliwack, he has built an international reputation through his artistic revival of Salish traditions. It is for his artistry and his dedication to reviving the Salish art form that Stan received an honorary doctorate from the University of the Fraser Valley in 2007.