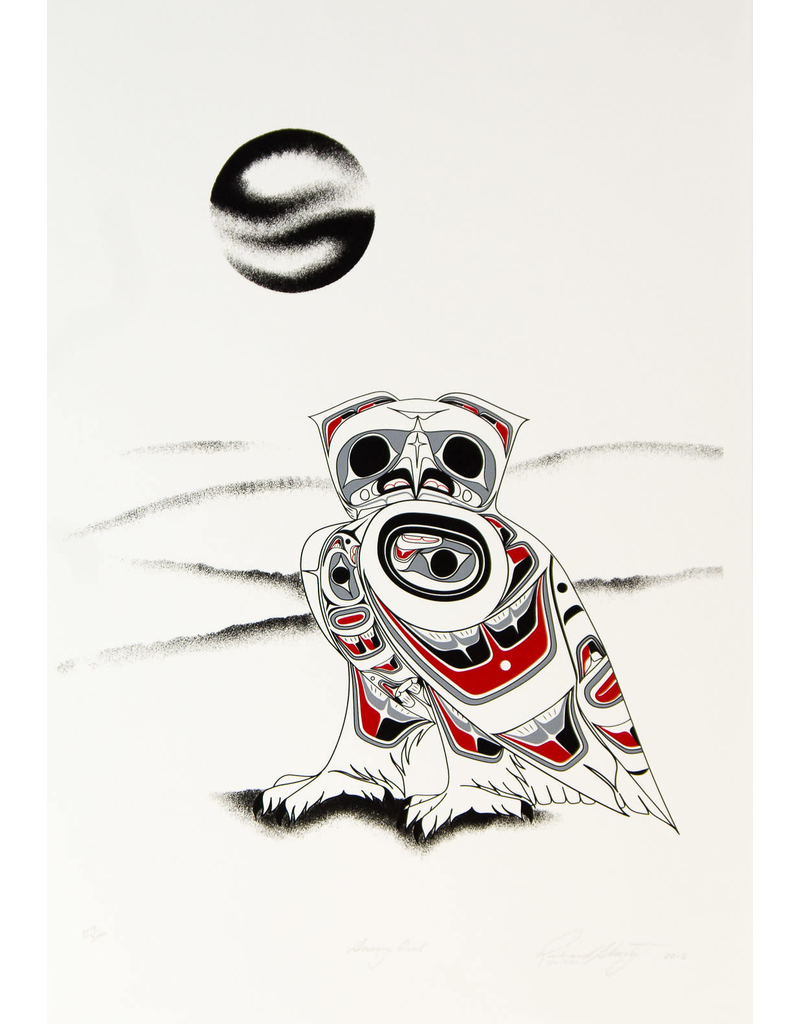 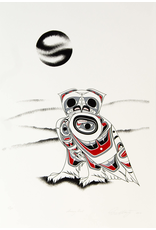 Owl is a symbol of wisdom and a warning of difficult times ahead. The Owl is a great foreteller of weather conditions and can be observed to identify changes in the environment. Owls are a reminder to take care of your actions, to think of the future and to love your family. Owls can be identified in Pacific Northwest Coast First Nations art by their large forward-facing eyes and ear-holes, a small curved beak, a flat face with a conspicuous circle of feathers around each eye.