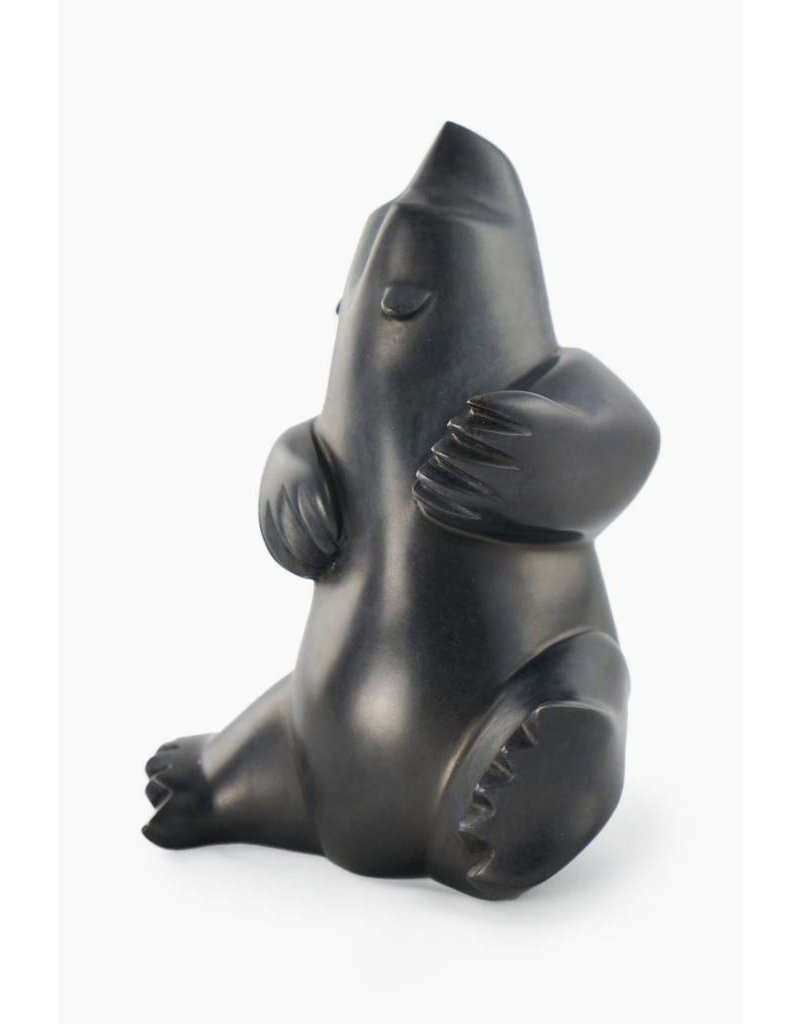 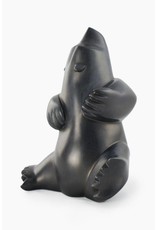 Valencia M. Bird is Cree, from the Saddle Lake First Nation, which is located northeast of Edmonton by St. Paul, Alberta. She was raised on a 365-acre farm in Alberta, where she had spent much of her childhood free time deep within the forests, developing a close connection to the land and wildlife. It was at the farm playing with natural mud and clay when Valencia's art career began.

Valencia has a deep reverence for the northern elements, and as one can see, that influence can be seen within her art. Clear flowing movement, well-rounded curves, and deep emotion emit within each piece.  Much the same way Old Man Coyote blew smoke on the clay figurines to bring life to Turtle Island, Valencia offers sacred tobacco to the spirit of the stone, which then shows itself coming out from the bulk of the rock.

Valencia has carved grizzly, black, and polar bears, in different poses, standing, walking, and dancing, digging, and fishing, jumping, and swimming. She has carved buffalo, seals, owls, and eagles, and several whales. Several of her pieces have been figurative, often depicting the true ruggedness of natural life, mother and child, the hunter, the lovers, each piece touches the inner chi of the viewer and connects to the inner true nature.