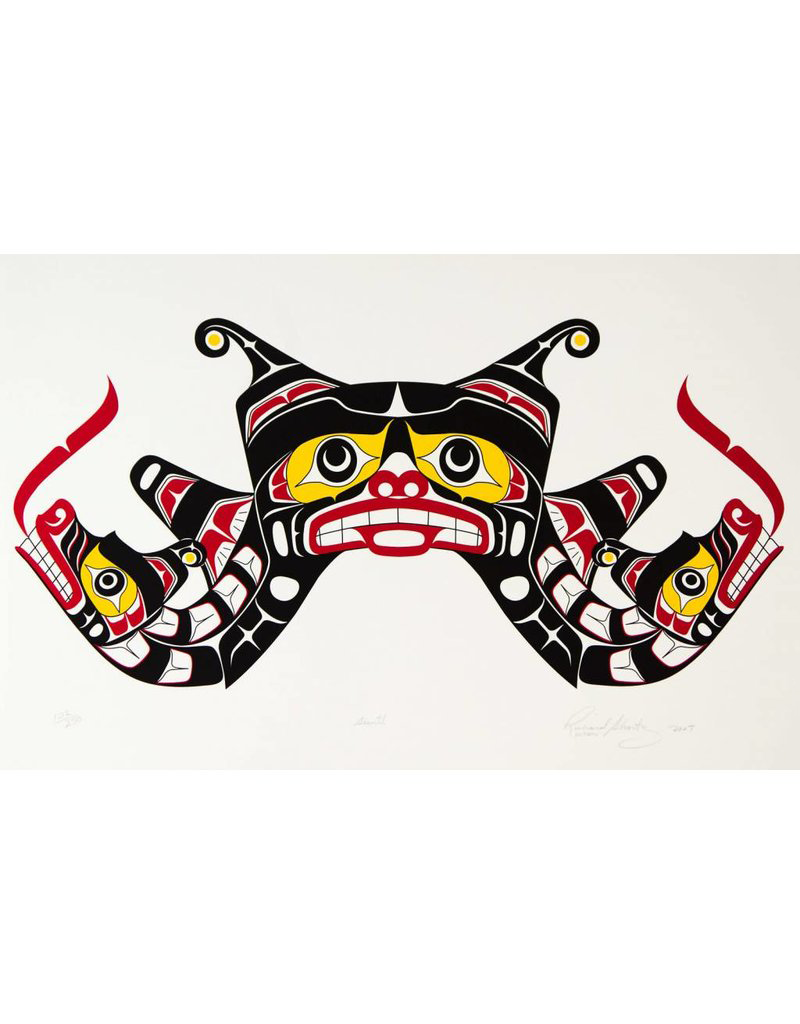 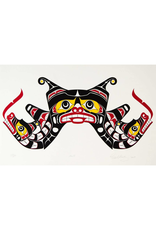 The Sisuitl is one of the most powerful crests and mythological creatures in the mythology of the Northwest Coast Culture and figures prominently in their art, dances and songs. It is frequently depicted as a two-headed sea serpent or snake with an anthropomorphic hard in the middle of the body. All three heads are surmounted by "horns of power" also seen on Thunderbirds.