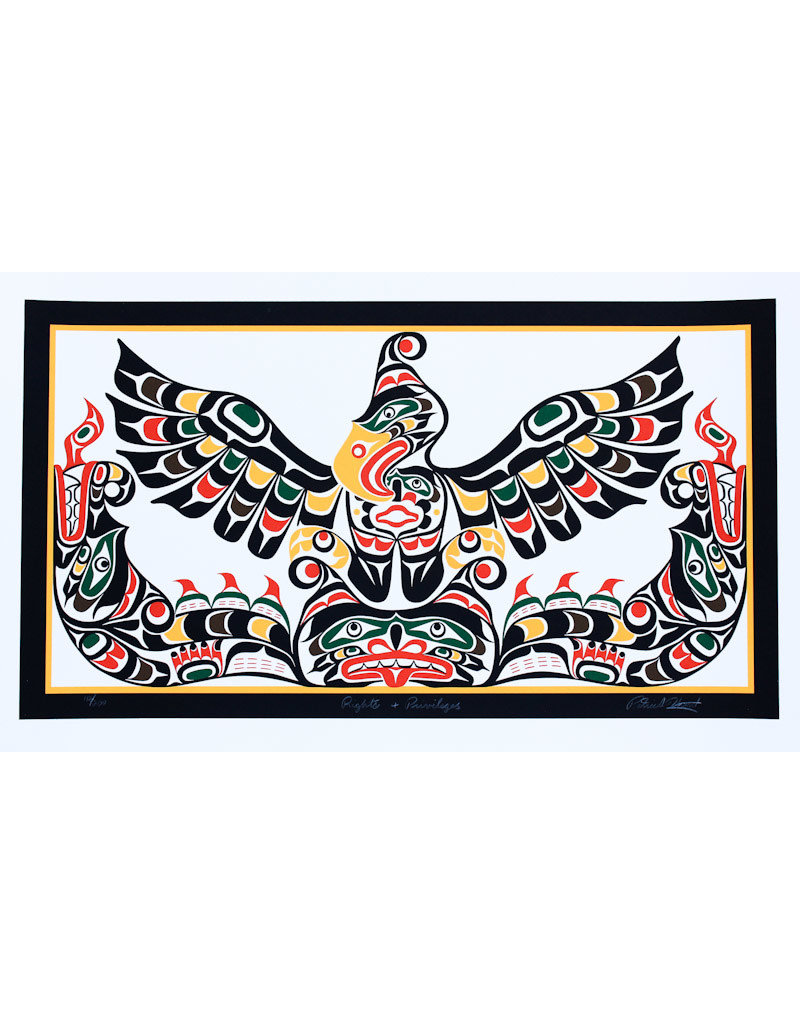 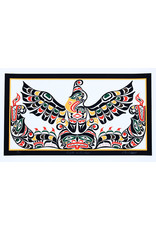 Patrick Hunt was born in 1966 in Victoria, BC, to Chief George Hunt and Mary Hunt. A member of the Kwagiulth Band at Fort Rupert, Patrick began learning the songs, dances, legends and art of his culture at an early age. His strongest cultural influences have come from his paternal grandparents and his mother and father At the age of twelve, Patrick began working with his first carving teacher and eldest brother, George Hunt Jr. He has worked with and been influenced by a number of other artists including Bill and Mark Henderson, Calvin Hunt, John Livingston and Tony Hunt. Patrick has worked on a number of large projects including the Big House at Campbell River and, more recently the reconstruction of the Big House in Alert Bay, where he presently lives. Patrick Hunt says that he feels very honoured to have worked on these projects.