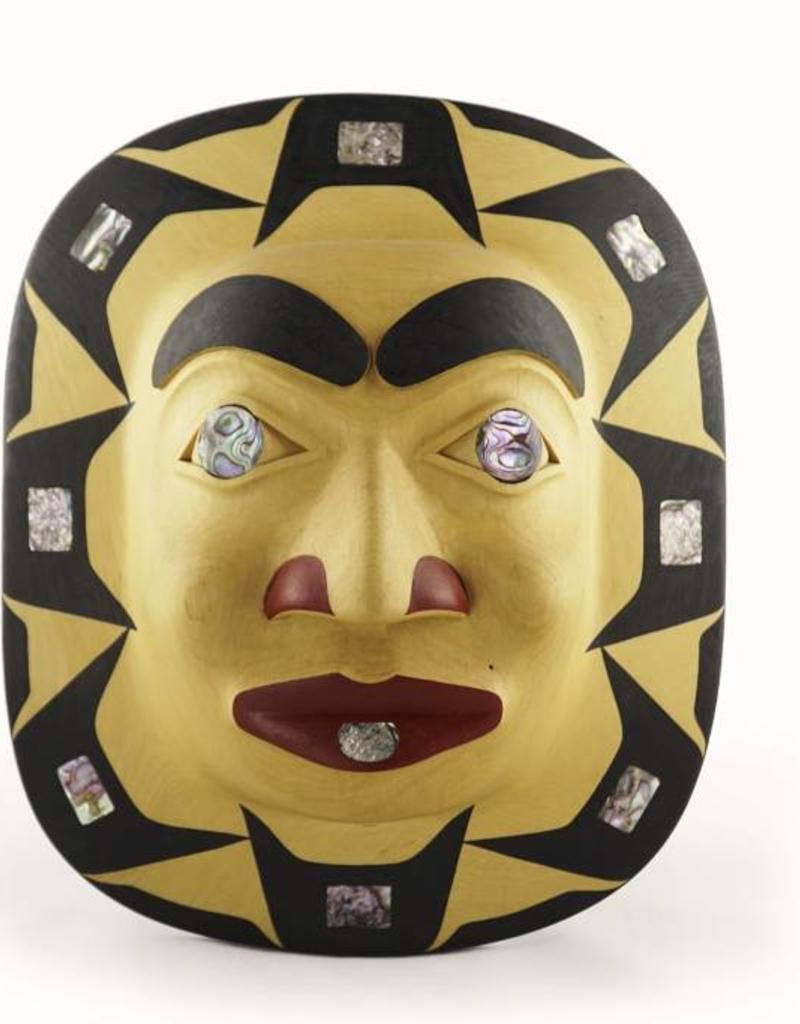 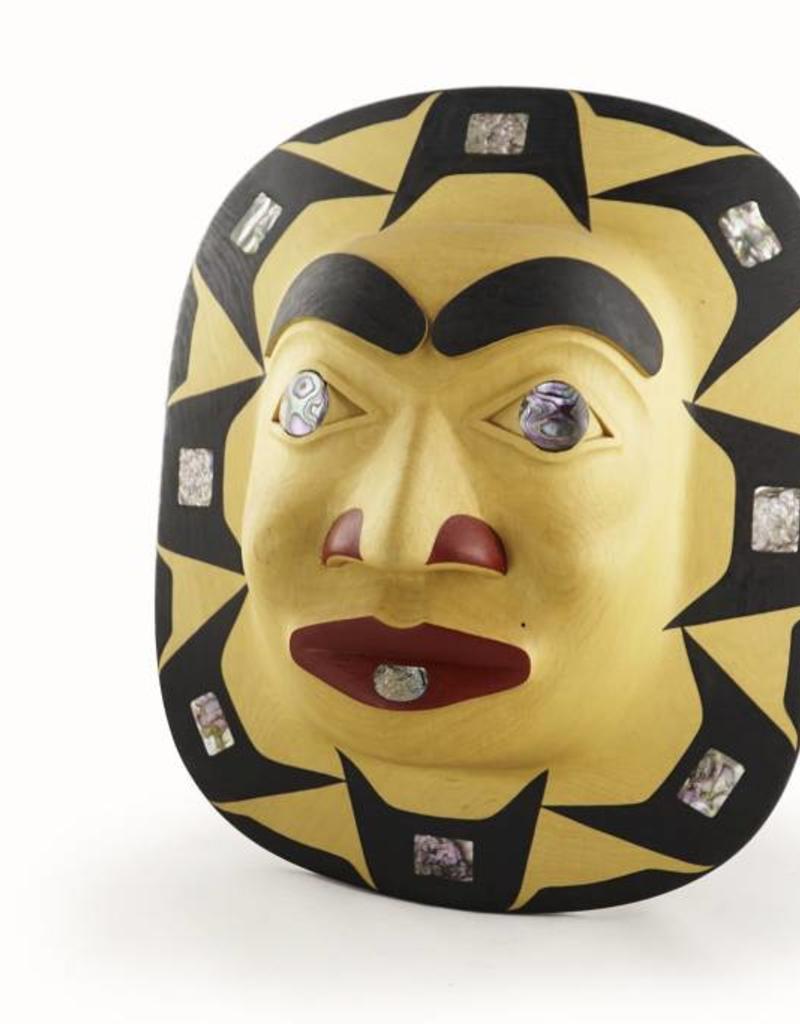 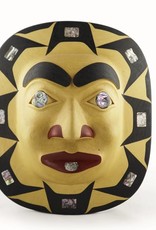 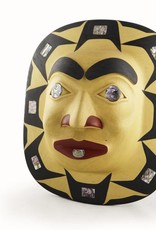 The Moon is a marker of time and a feminine power or influence over nature.  The Moon has the ability to change our moods and thoughts and controls the tides which affect our food cycle.  Full moons are credited with providing direction, vision and guidance. The Moon is identified in Pacific Northwest Coast First Nations art as a circle with a human face in the center, and often depicted with short rays around the edge.

Wilfred Sampson has been involved in Northwest Coast Native Art since 1981.  He was initially self-taught, but wishing to hone his skills, in 1984 he attended the Gitanmaax School of Northwest Coast Art and Design in Hazelton, BC for advanced studies in carving. There he was able to study under such Master Carvers as Chief Walter Harris, Earl Muldon, Ken Mowatt and Vern Stephens. Sampson’s artworks reflect the pride he takes in his craft. He specializes in carved and painted masks, but also produces exquisitely carved boxes and other fine pieces.