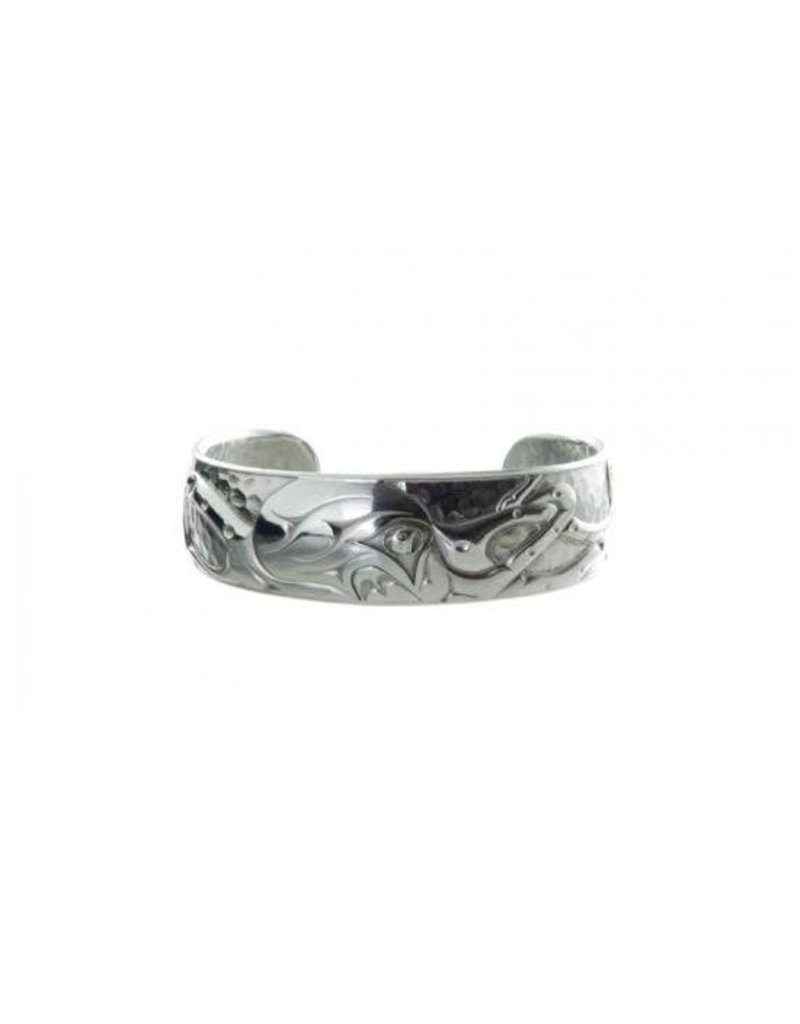 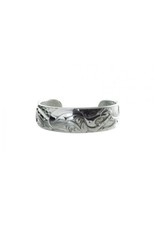 Octopus is known as a powerful sea spirit helper who is often shown in complex compositions involving other creatures. He can move in all directions and can change colour and shape, so is known to be flexible and a symbol of transformation. Octopus is identified in Pacific Northwest Coast First Nations art by long tentacles that have round marks representing their suctions. They have a fluid and invertebrate body with a round high head with large eyes and a short-beaked-like mouth.