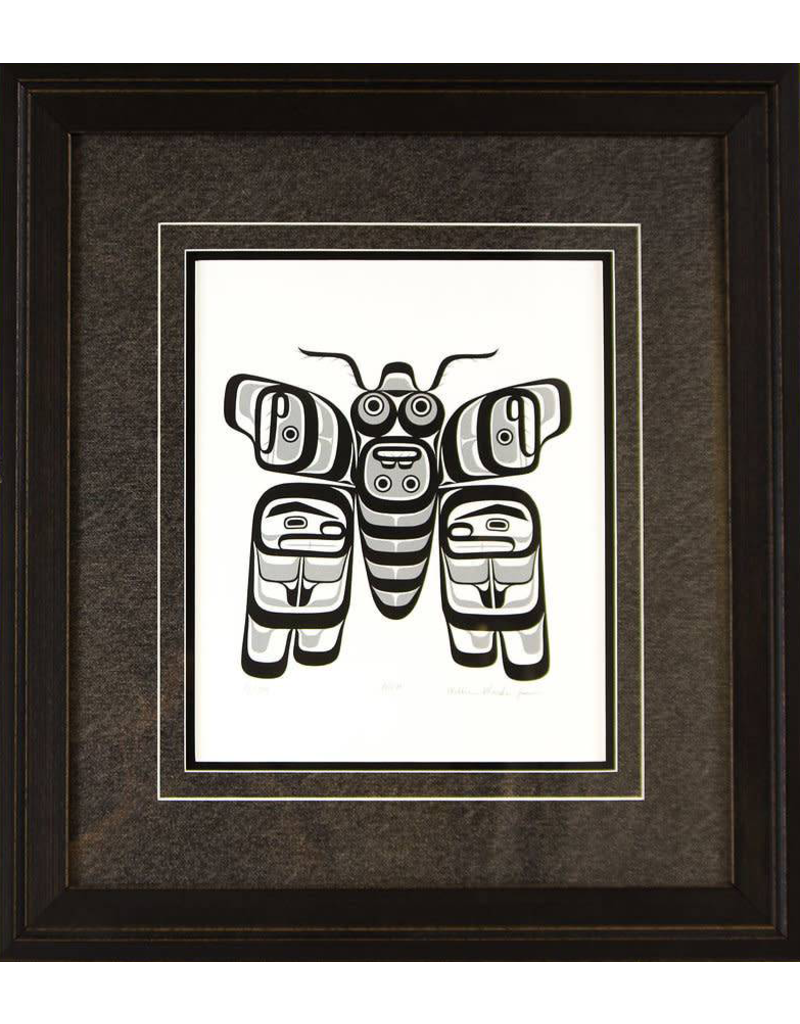 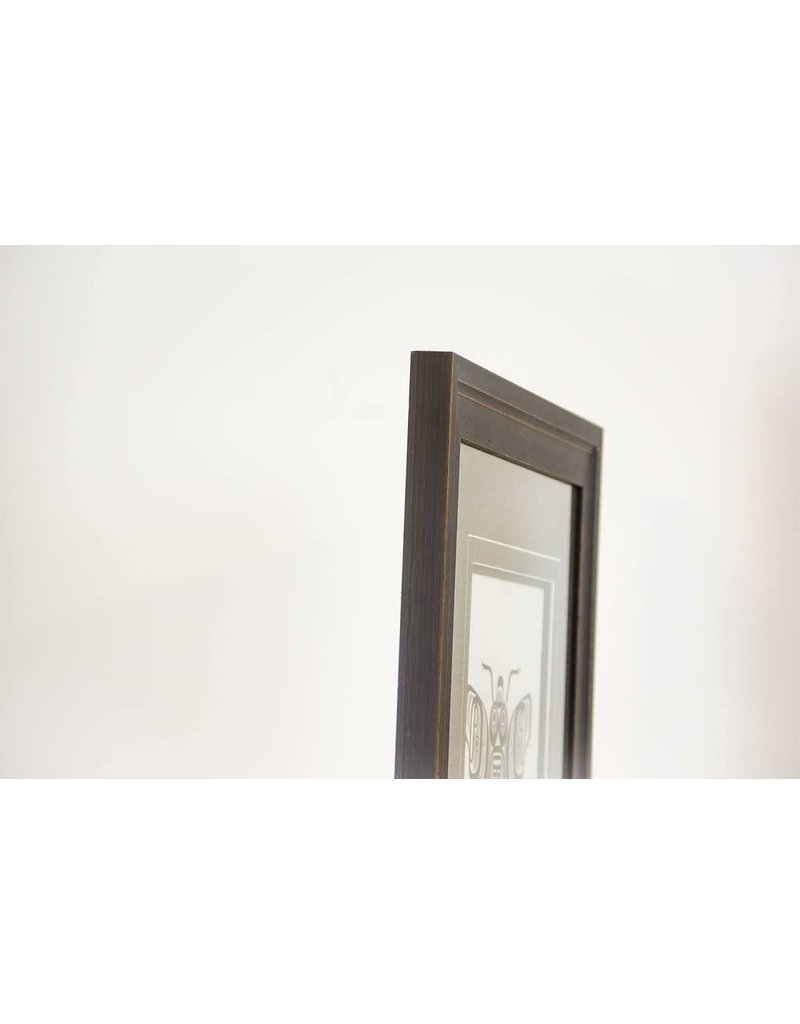 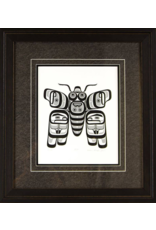 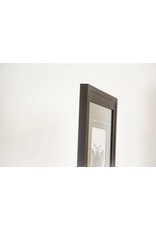 Our Kwakwaka'wakw people see the moth as the physical form of ghosts, henceforth the traditional name Lo'linuxw, meaning ghost. In an ancient story from our tribe, the 'Namgis, an ancestral hero went to a lake in our vast territories of the Nimpkish Valley to seek supernatural power. It was at this special place where, after fasting and ritual bathing, he purified himself, allowing for spirits to no longer scent him and come into contact with him. Through his suffering, the spirits took pity on him and chose to endow him with special gifts.

One spirit that appeared to him was a huge moth that rose from the depths of the lake and offered him the Dance of the Ghosts. This great privilege was taken along with the others to become the rites of his descendants to come. This story, which is very long and has much detail and beauty in it, is the inspiration for this design. I have put ghost faces into the design to connect my work with our history and beliefs. - Wak'analagalis (William Wasden Jr.)

William Wasden Jr. (Wak'analagalis) is a member of the 'Namgis of the Kwakwaka'wakw people and is a descendant of the Alfred, Hunt and Cook families. He can also trace his ancestry to the Tlingit of Alaska and the Mowachat of the West Coast. He has been initiated into the hamat'sa society, the highest-ranking of the complex dance societies of the Kwakwaka'wakw. His artistic abilities have been refined through working with Chief Doug Cranmer, Don Yeomans, Bruce and Wayne Alfred, and with Beau, Francis and Simon Dick. Wasden's traditional influences include Bob Harris, Herbert Johnson, Mungo Martin, Willie Seaweed, Henry Speck and George Walkus. Wasden works full-time at his art in a variety of media and has a great interest in singing and in preserving the songs of his people.