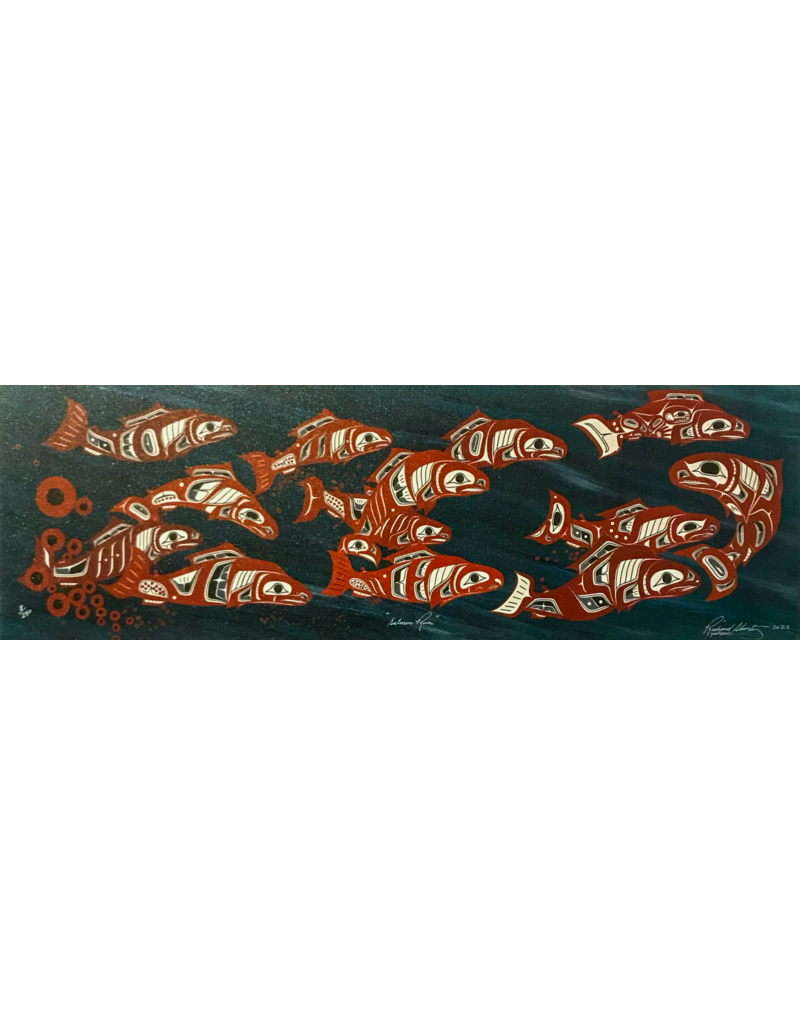 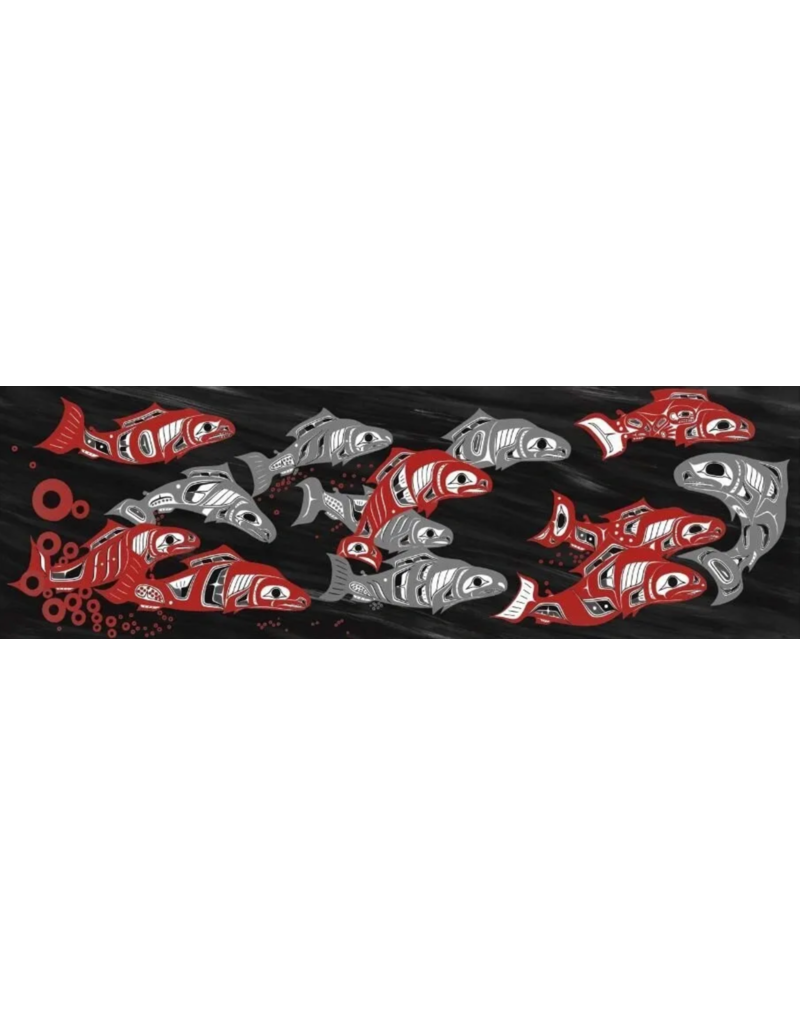 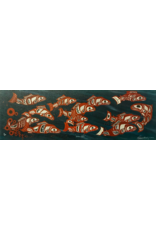 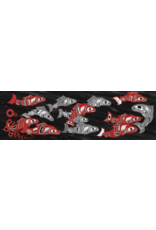 Please select the correct design in the drop-down box.

Over the years, Richard has moved around – Vancouver Island, Richmond, and Whitehorse, but always returning to Vancouver. Today, Richard is one of the most sought-after Native artists, with works throughout many galleries. He is very versatile, working on drums, paddles, masks, and rattles in addition to his paintings. His pieces are collected internationally.