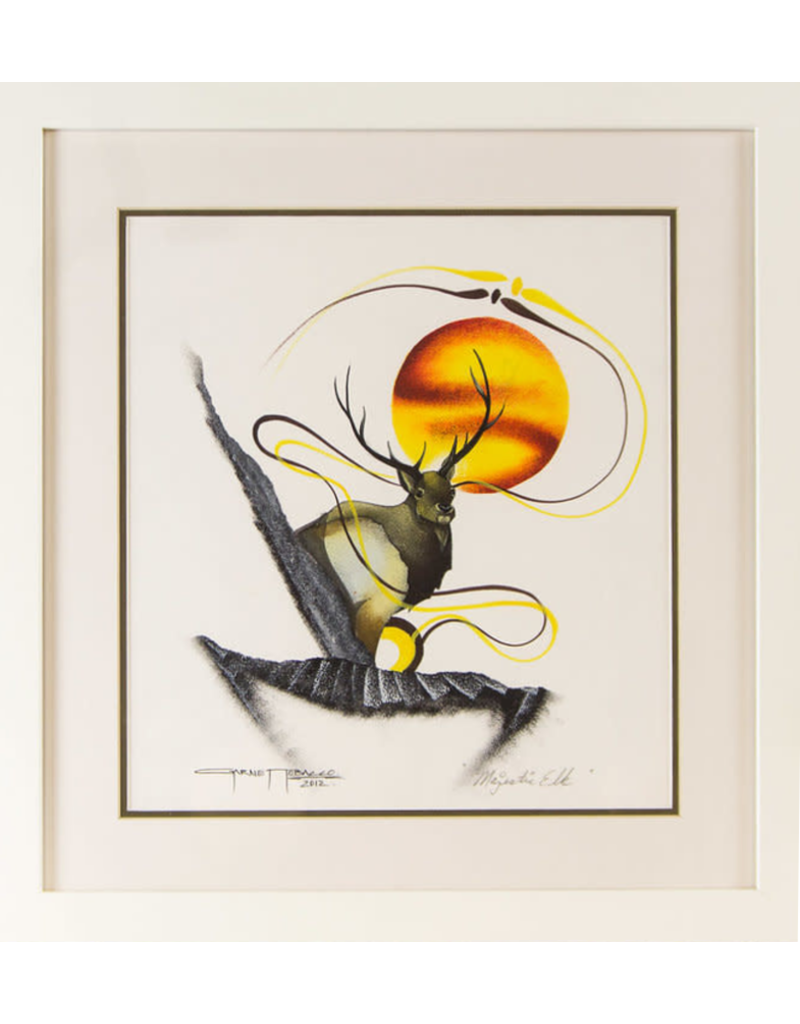 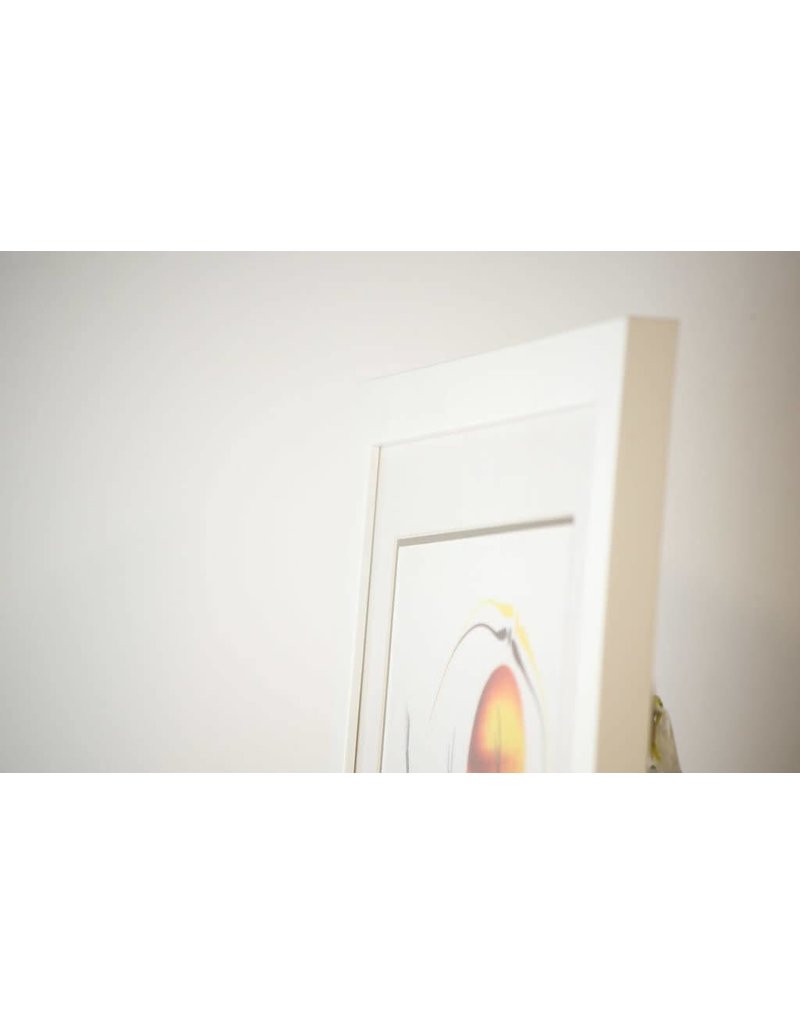 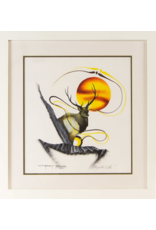 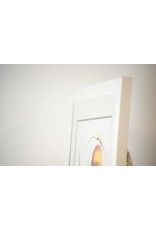 In some Pacific Northwest tribes, elk are considered to be particular protectors of women, and in some legends, elk lead women who had been captured by enemy warriors back to their homes. In Plains Indian tribes, elk were associated with masculinity, endurance, and bravery, and elks' eyeteeth were highly valued both as objects of adornment and as the symbol of a man's hunting prowess. In some Plains tribes, men saved the eyeteeth from their first elk kill to make into engagement jewelry for their sweetheart. In others, the number of elk teeth sewn onto a woman's dress showed off the wealth and skill of her husband or father. Elk is associated with coneflowers in some Great Basin tribes, such as the Ute, who refer to coneflowers as "elk root."

He has been painting for over twenty years and occasionally sculpts in soapstone and wood. He apprenticed under Isaac Bignell, a prominent artist who has passed away. Bignell's style and form greatly influenced Garnet, who is preserving it to this day. Fluid lines, soft earthy tones against simple stylized backgrounds are all characteristics that have attracted many collectors. Garnet has worked in private collections throughout Germany, Austria, Switzerland, Australia, U.S.A. and Canada. His work has also been displayed at the Art Expo in Calgary.

Some of the animals he loves to paint are those common to the plains region, such as bison, herons, eagles, and hawks. Still, he also explores the world water world with his salmon, whales and turtles, as well as some truly delightful works depicting subjects like the butterfly, hummingbirds and loons.