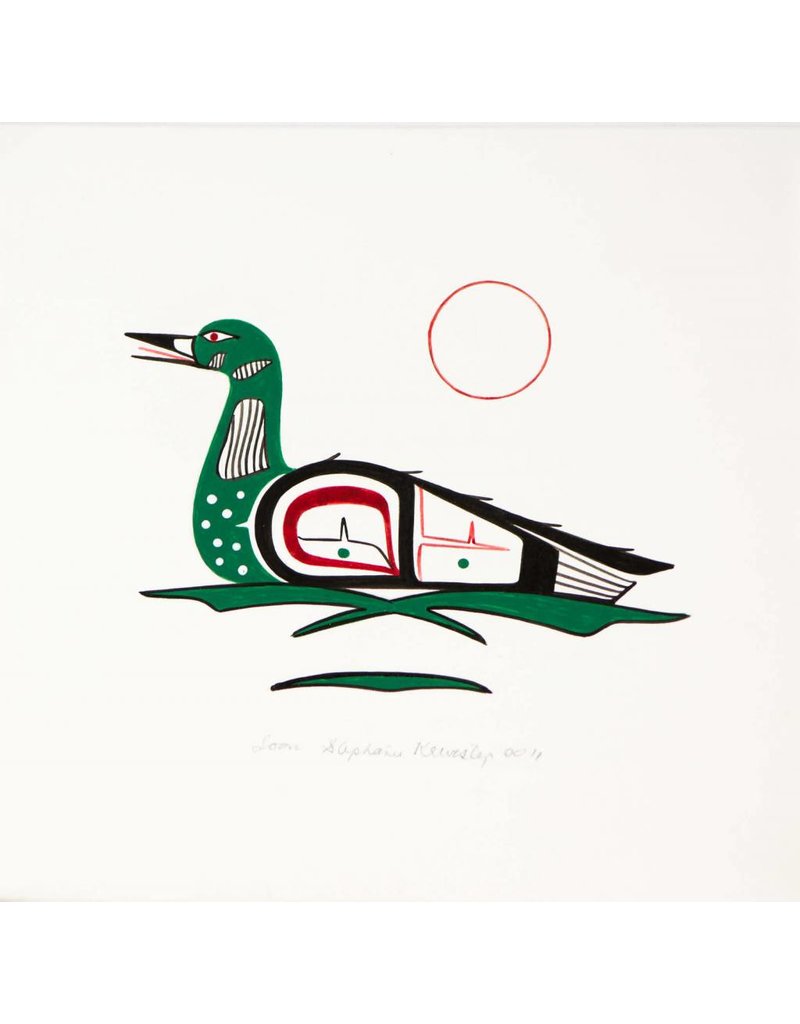 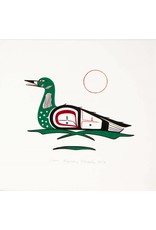 The Loon is a messenger of the land.  Legend in the Lil’wat Nations tells us that after the great flood, Loon was sent out looking for dry land and brought a willow branch back to the people as a symbol that the flood was receding. In Pacific Northwest Coast First Nations art, the Loon is depicted as side profile floating on the water with wings back against his body, round head and long flat beak.