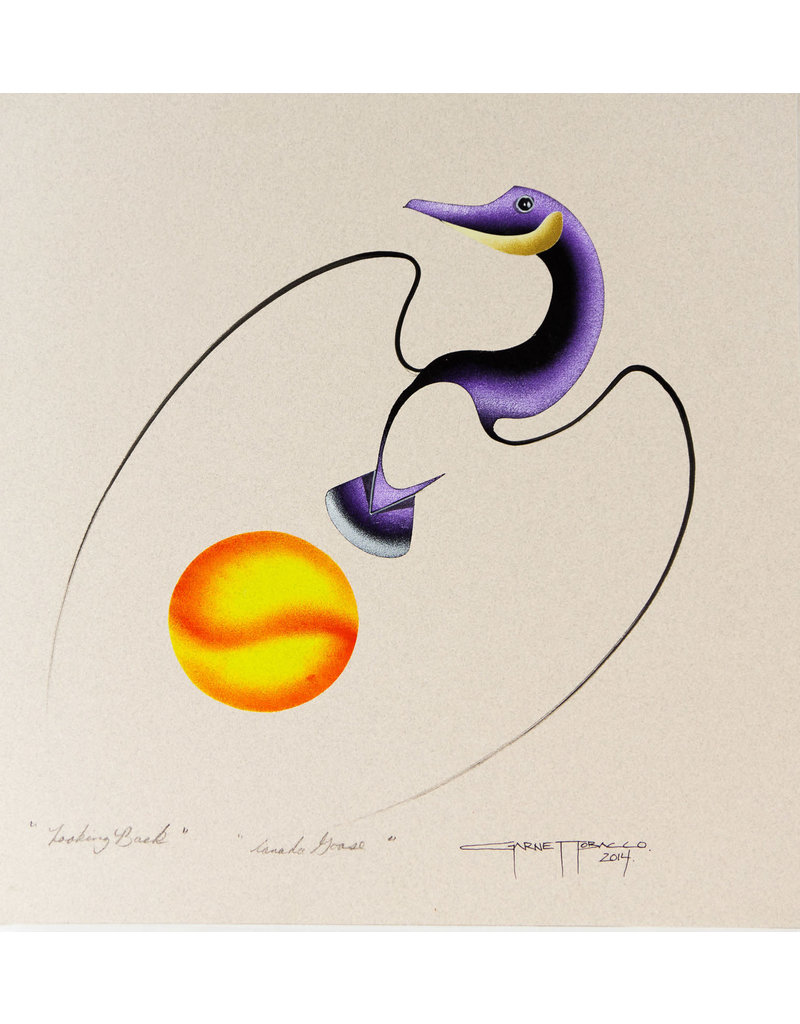 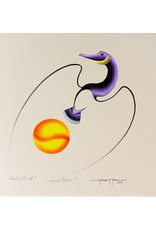 arnet Tobacco, a Cree artist, was born on February 6th, 1964 in the Mosakahiken Cree Nation in Northern Manitoba. The Buffalo is his family crest symbol.  Garnet, a prolific talent, has been painting for over twenty years and occasionally sculpts in soapstone and wood. He apprenticed under Isaac Bignell, a prominent artist who has passed away. Bignell’s style and form greatly influenced Garnet who is preserving it to this day. His dramatic, almost dreamlike pieces are created using sponges – the small ones on stick handles used for edging in house or room painting. First he outlines the work, makes a “template,” and then builds up the colours he needs, leaving the white spaces, and then using narrow paint brushes to extend the image in sweeping lines. The style is more akin to other Aboriginal/Indian artists of the east, such as Norval Morrisseau. These fluid lines, soft earthy tones against simple stylized backgrounds are all characteristics that have attracted many collectors. Garnet has works in private collections throughout Germany, Austria, Switzerland, Australia, U.S.A and Canada. His work has also been displayed at the Art Expo in Calgary.