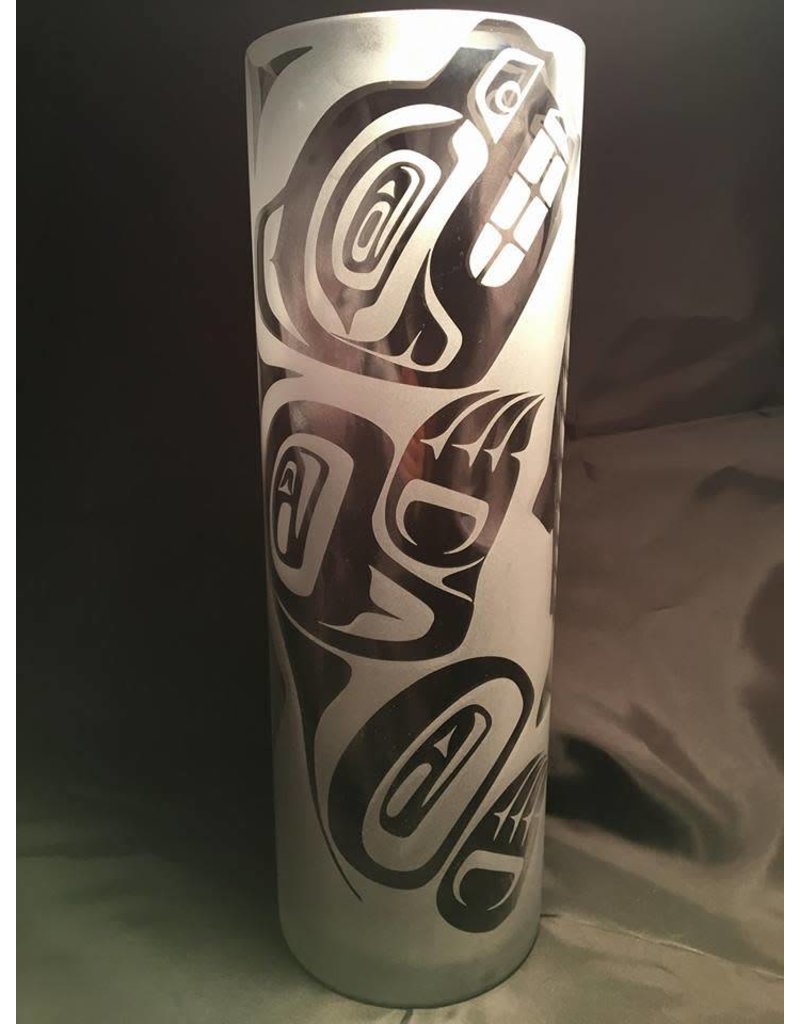 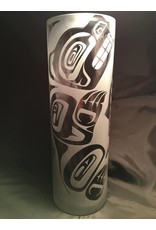 Michael Forbes founded his business in 2010, specializing in Native Art. His dream was to share his heritage with people no matter what background they had. As a boy, he grew up in Northern British Columbia submerged in Native arts and culture. His roots trace back to Haida Gwaii where his family is related to carver Charles Edenshaw.
Michael has been sketching and painting since he was a child. He visited the village of Skitigate as a child where he witnessed one of the last totem pole raisings. He was mesmerized and inspired by the artwork he saw. From that day on, he has dedicated his life to being a Native Artist.
He is best known for his glassware as well as his paintings. His artwork is featured in many galleries in British Columbia, as well as traditional longhouses.