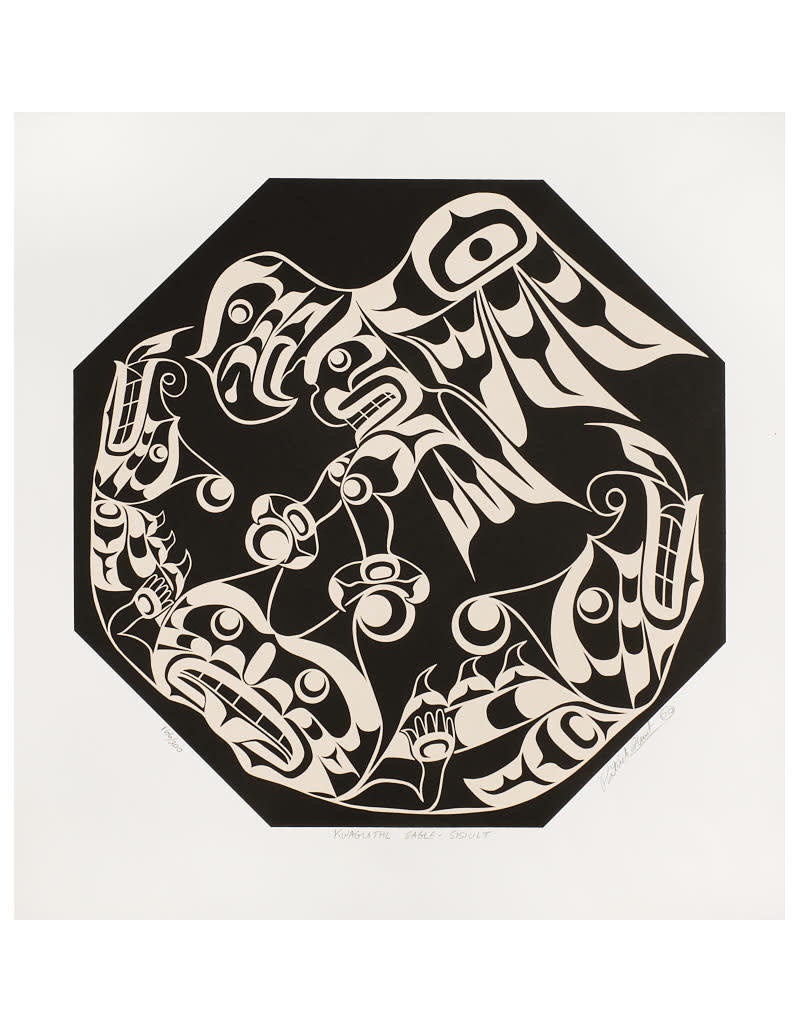 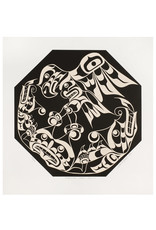 Patrick Hunt was born in Victoria in 1966. He is the youngest son of hereditary chief, George Hunt and Mary Hunt. He is the grandson of Tom and Emma Hunt and May and Sam Henderson. His family was involved with the creation of Thunderbird Park for the Royal British Columbia in Victoria and created the first formal training programs for new artists. He was always involved with Kwakwaka’wakw culture and started learning the legends, rights, songs, dances and privileges from an early age as well as learning to carve and design.

Patrick assisted with the carving and designing of the new Big Houses in Campbell River and Alert Bay. He carves in the family style which is distinct to the village of Fort Rupert—a coastal village on Northern Vancouver Island. He carves often with his uncle, Bill Henderson and his brother, Tom Hunt. He has also been involved with commissions and carving projects overseen by Calvin Hunt, Tony Hunt, Tom Hunt, Beau Dick and John Livingston. His work has been featured in numerous exhibitions of the Hunt/Henderson family.

He has always been a fisherman as well as an artist. He carves a few select pieces each year and he is a valued carver on monumental projects.