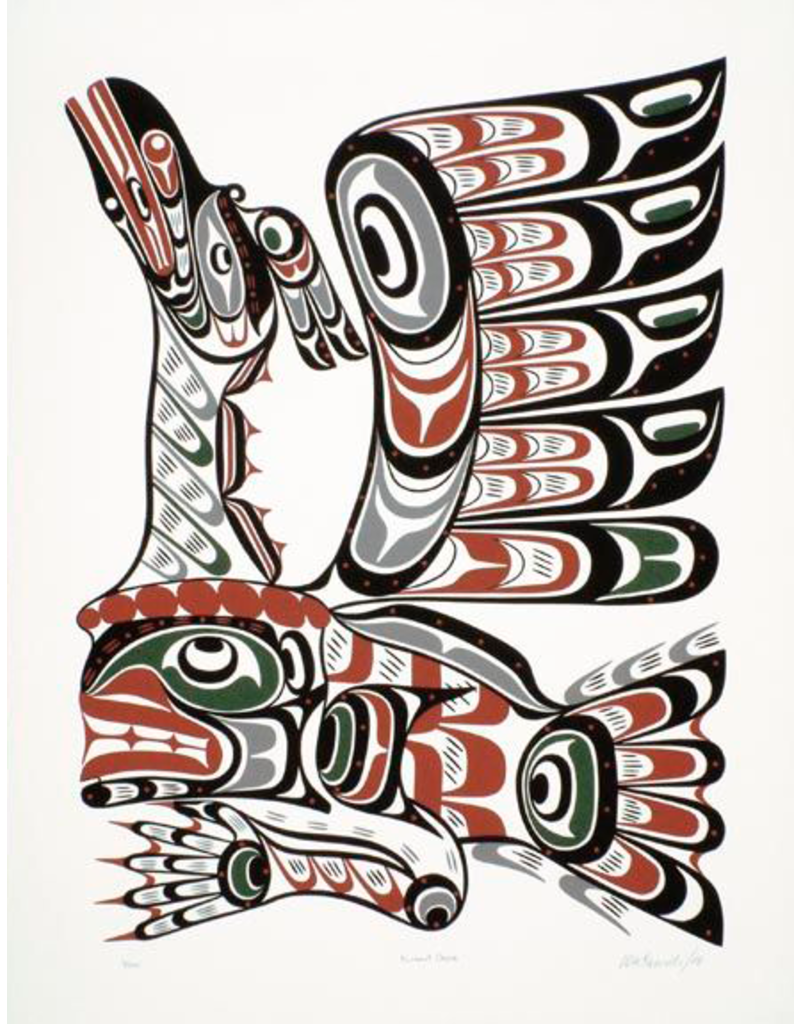 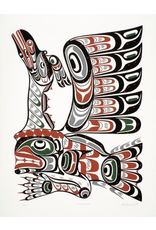 The son of George and Mary Hunt, Tom Hunt is from the Kwa-Giulth Nation and was born in Victoria, BC, in 1964. He began learning about Kwa-Giulth art with his father at the age of twelve, and later worked with his brother George Hunt Jr. During his teenage years, Tom spent several summers working with his maternal grandfather, Sam Henderson. In 1983, he moved to his home village of Fort Rupert, where he worked as an assistant to his uncle, Calvin Hunt. This apprenticeship was an important period in Tom's development as a versatile and accomplished artist. Tom has also been an assistant carver to Susan Point on several of her large sculptures. He moves comfortably from massive wood sculptures to very small, intricate pieces. Tom Hunt's work, which he continues to produce from his home in Fort Rupert, is in collections worldwide.