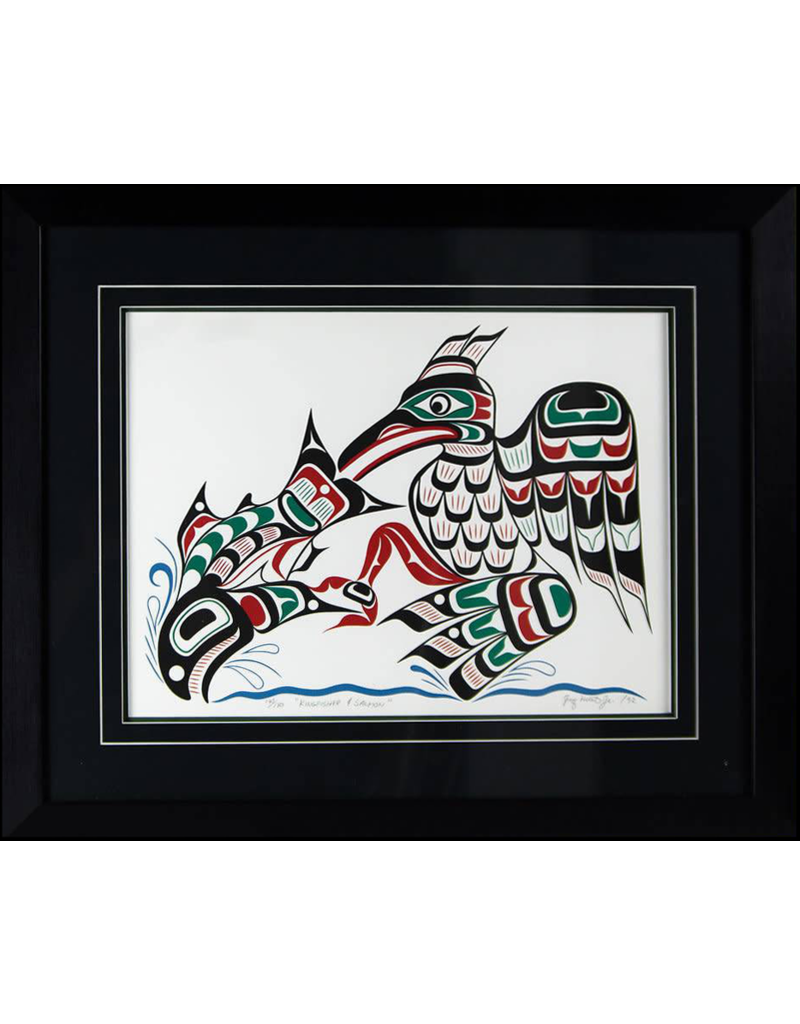 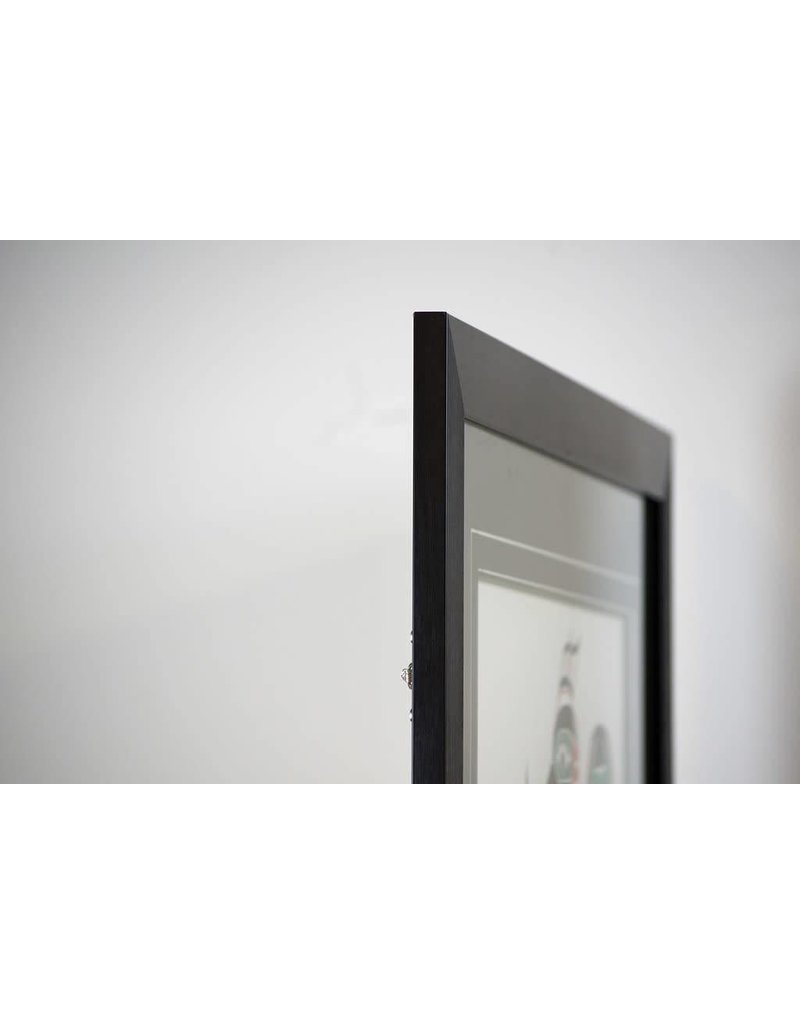 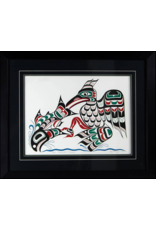 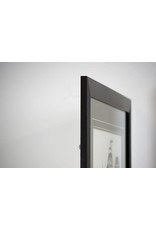 Kingfisher is generally viewed positively, as a messenger and a sign of good luck to come. Kingfishers are very bold in their actions, the kingfisher will dive headlong into the water to catch small fish. It teaches us how to plunge into the unknown with confidence and not with fear. It is a symbol of success and prosperity.

Was born in 1962 into a wealth of tradition. His great-grandfather, Mungo Martin, has been credited with much of the revitalization of the Kwakwaka'wakw culture in the latter half of this century. His late grandfather, Henry Hunt and his father, Hereditary Chief Tony Hunt, are both renowned Kwakwaka'wakw carvers.

Tony Jr. is a highly accomplished artist, whose work is sought by both museums and private collectors in many parts of the world. His family crests are Raven and Sisiutl. Tony is an initiated Hamatsa dancer and has inherited the rights to many high ranking dances belonging to his family. Tony regularly performs with the Kwa Gulth Dance Group. Tony assisted his grandfather, father, brother, and cousins in building the first big house erected in Fort Rupert in 70 years. Tony considers this to be his most significant contribution so far to the art and culture of the Kwakwaka'wakw. Tony Hunt Jr. has carved since his childhood, receiving tuition from Henry Hunt, Tony Hunt Sr., Richard Hunt, Calvin Hunt, John Livingston and Gene Brabant. His preferred medium is a wood sculpture. In 2015, he carved a totem pole at Quadra Elementary School in honour of its 100th birthday. Hunt was particularly renowned for his traditional masks. He was also an initiated hamatsa dancer who inherited the rights to his family dances and participated in potlatches. Tony Hunt was one of the first contemporary artists to be trained traditionally through an apprenticeship with his father, Tony Hunt Sr. His work was featured in the "Chiefly Feasts" catalogued exhibition, which opened at the Museum of Natural History in New York in 1993. He is also culturally active and has participated in numerous ceremonies as a talented dancer. His work is in major museums as well as corporate and private collections internationally.