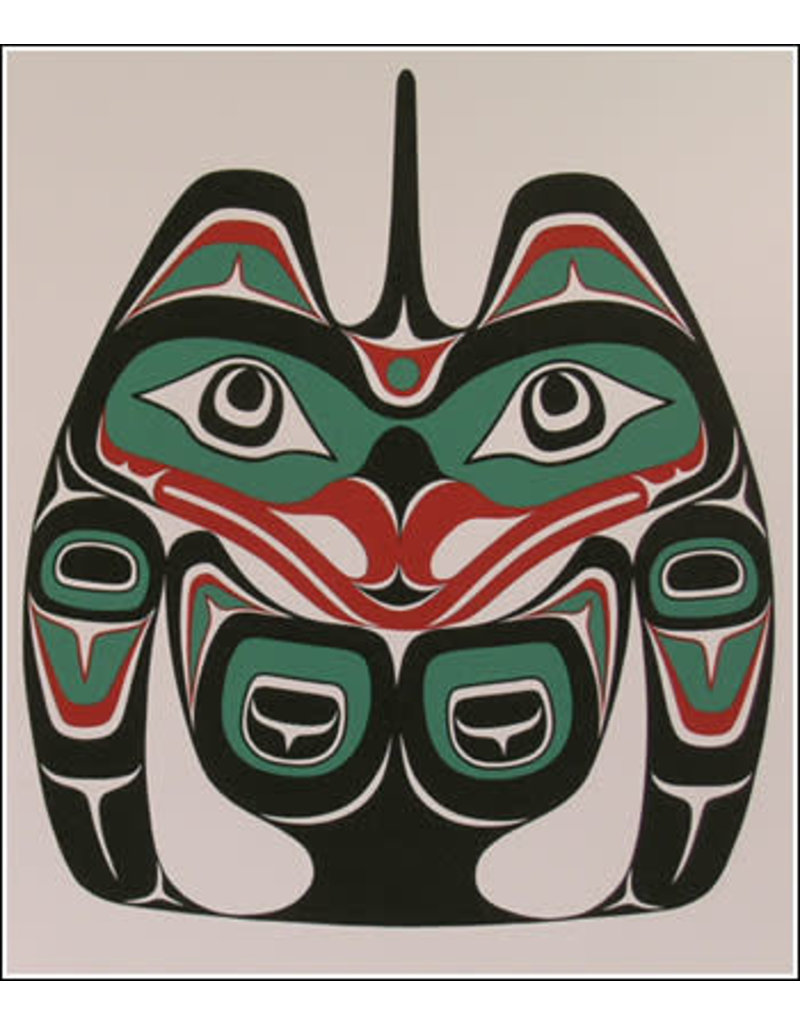 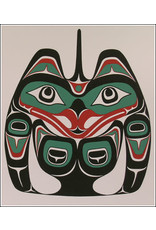 Wayne Edenshaw was born into the Skedans Raven clan in 1967. He has been working in the Haida art form since he was 8 years old, and has continued his work throughout his life. He credits his uncle Guujaaw with teaching him the art form and has apprenticed under him on many projects. He started off by tracing old designs and then moved onto copying the old masters. When his teacher thought he was ready he moved on to designing original works. At age 9 Wayne spent time watching Bill Reid, Guujaaw (who was working for Bill) and others carve on the Raven and the First Men sculpture. It was with this exposure to the arts that he started his first 4-foot totem pole with Guujaaw. His list of artistic accomplishments include: assisting on 7 poles with Guujaaw and a 6-foot killer whale sculpture, as well as carved masks, rattles, over 200 paddles, wooden planks and other original designing. When he is not working in the arts he enjoys fishing, hunting and food gathering.