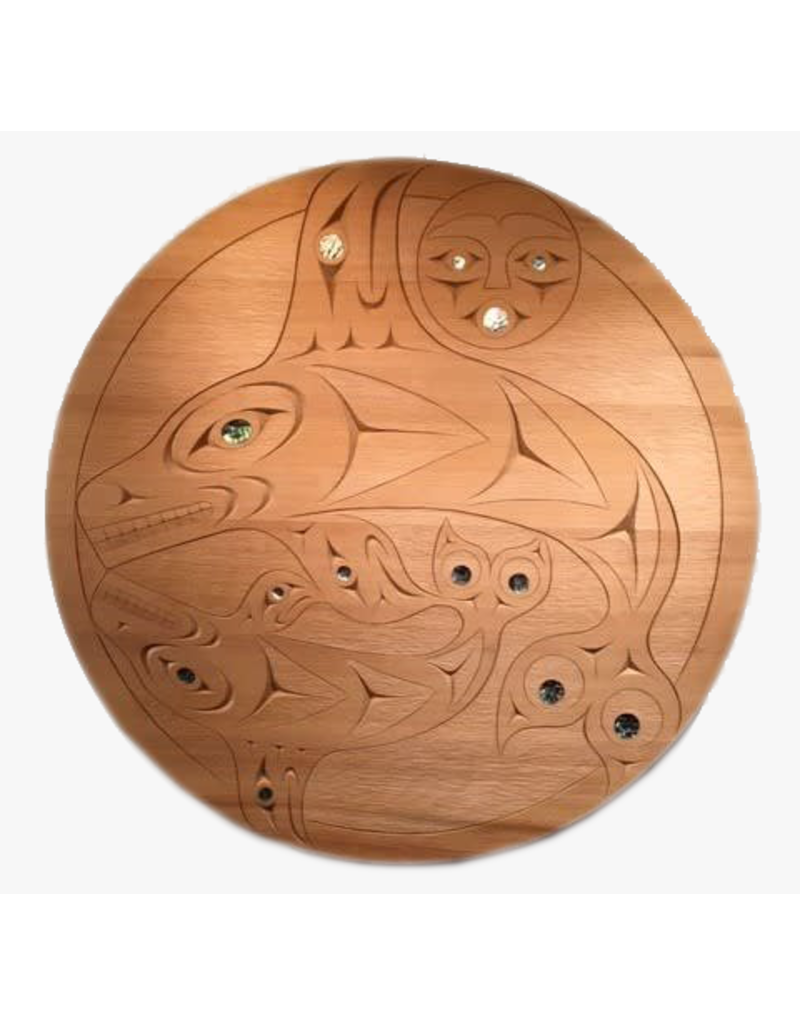 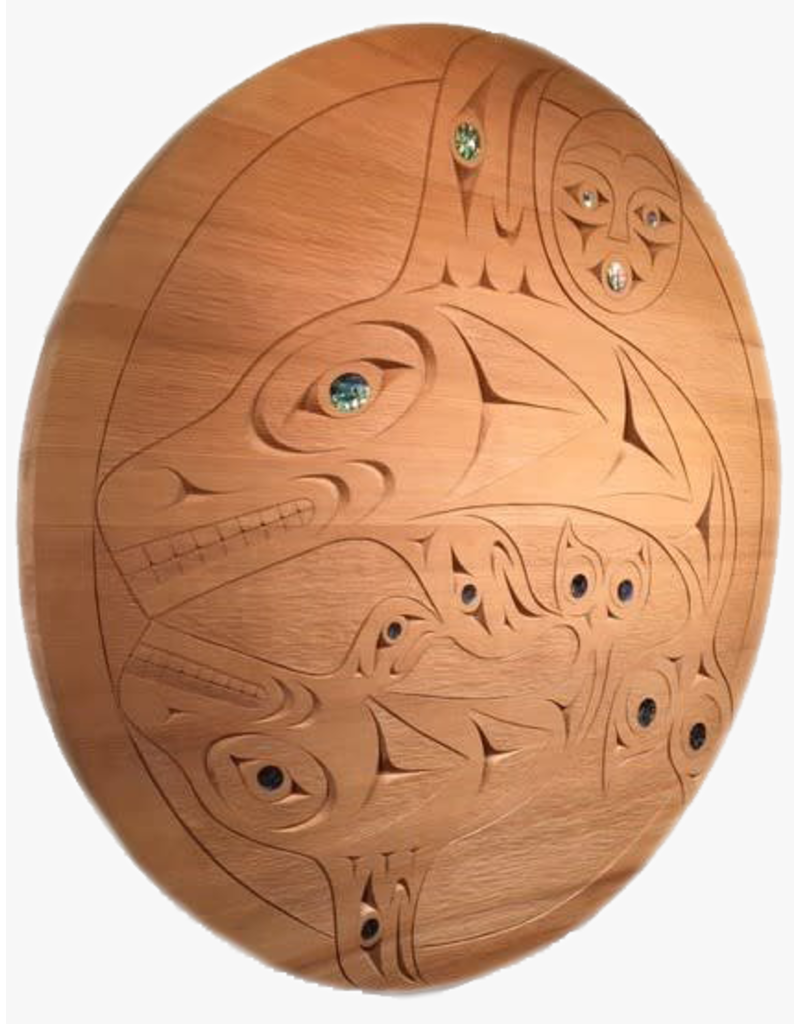 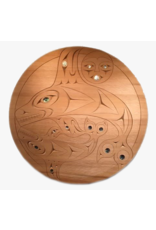 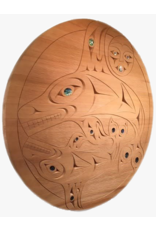 The Orca or Whale is known as the guardian of the sea and a symbol of kindness. Orcas live in pods or family groups that live and hunt together. Because of this nature, they are known for their strong sense of family values and unity in numbers. In Pacific Northwest Coast First Nations art, the Orcas features include a blowhole, a dorsal fin, a pectoral fin, and a tail with asymmetrical or symmetrical flukes.