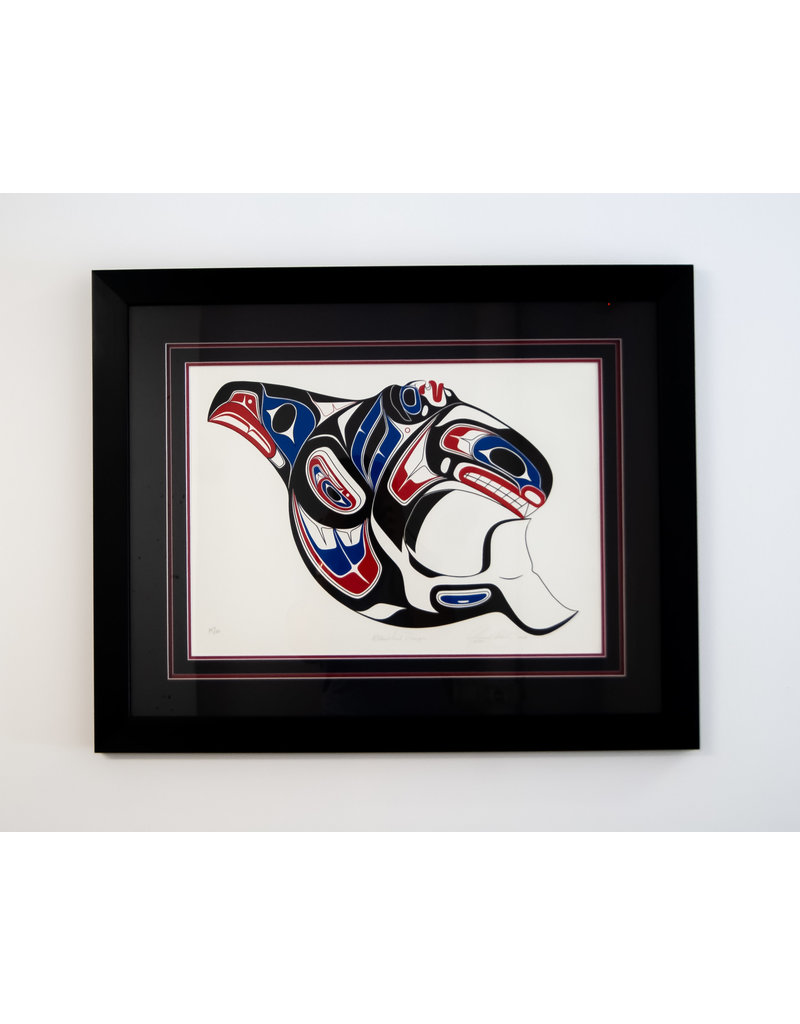 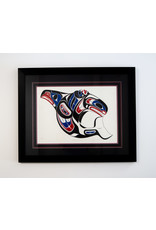 The Orca or Whale is known as the guardian of the sea and a symbol kindness.  Orcas live in pods or family groups that live and hunt together.  It is because of this nature that they are known for their strong sense of family values and unity in numbers. In Pacific Northwest Coast First Nations art the Orcas features include a blowhole, a dorsal fin, a pectoral fin, and a tail with asymmetrical or symmetrical flukes.

Richard Shorty is a self-taught artist, and his crest is Crow. He began painting in 1981 with encouragement from Heiltsuk artist Ben Houstie. In 1981/82, he started learning Northwest Coast design from the book Looking at Northwest Coast Art, and others. From what he learned, he began to develop his own designs. In 1983, Richard moved to Victoria, BC, to learn from other artists. During this time, Richard picked up on his carving techniques, and began to create a style that was a combination of traditional and realistic Native art.