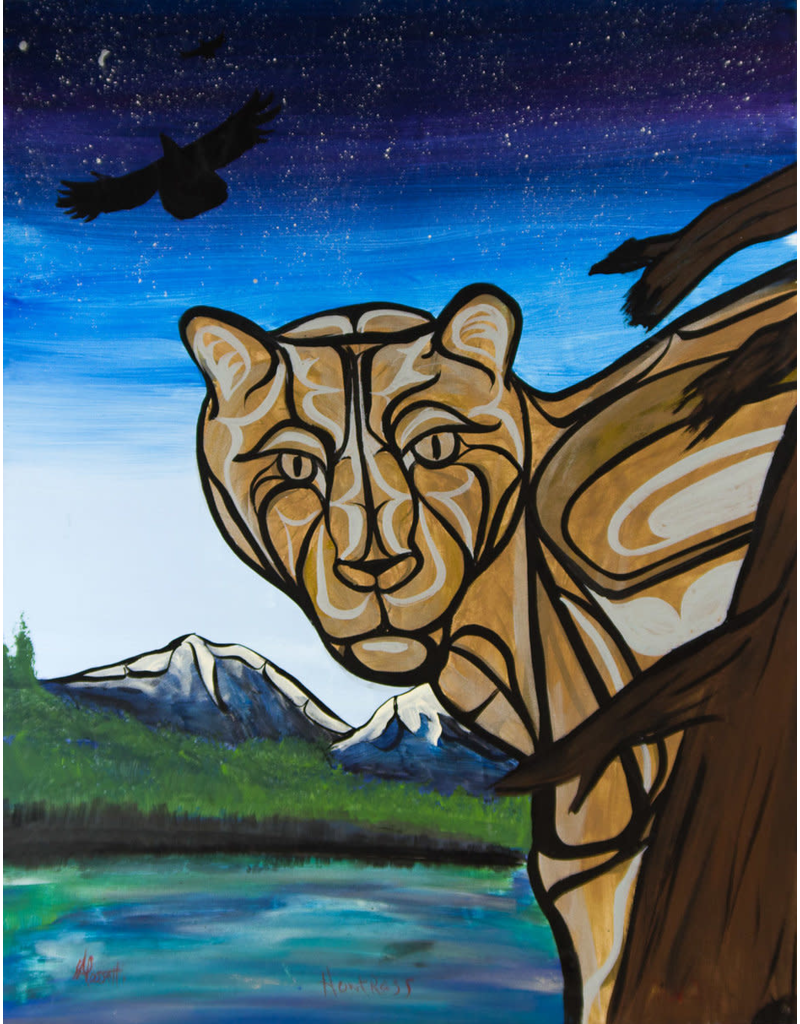 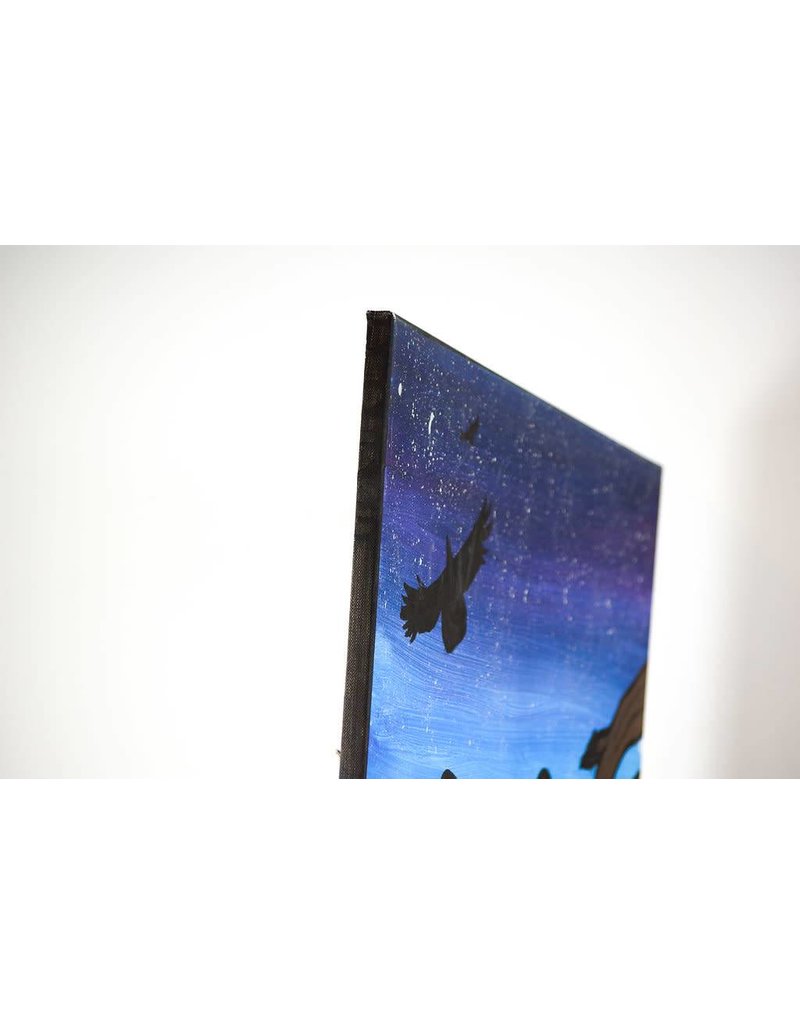 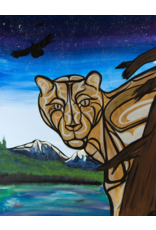 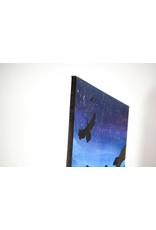 Cougars play a variety of different roles in Native American mythology. In some Western tribes, seeing a cougar or hearing its screams is an evil omen, and cougars are often associated with witchcraft. On the other hand, among eastern tribes such as the Seminoles and Shawnees, cougars were considered noble animals with powerful hunting medicine, and the Panther is one of their major clan animals. In the legends of these tribes, Panther sometimes features as a leader or warrior of the animal people.

Edgar Alan Rossetti was born in 1966. He originally came from Prince George, BC, and his Home Reserve is Binche keh yoh. Edgar is a self-taught Native artist who works with acrylics, wood, watercolour, and pencil at his private studio in Vancouver, BC. He is currently doing contemporary designs of the Ksaan style. All his work is done freehand. His art is displayed in various countries around the world in both private and public collections. Edgar has done murals in Prince George, Calgary, Vancouver, Edmonton, Cold Lake, and Los Angeles, USA.