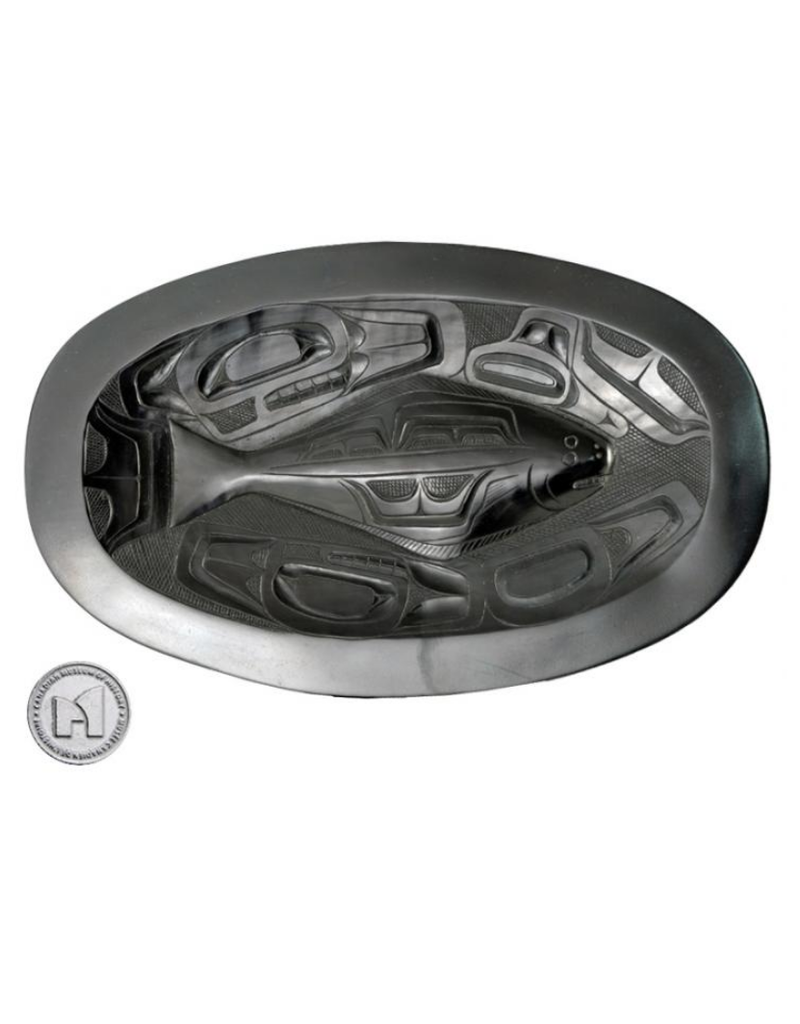 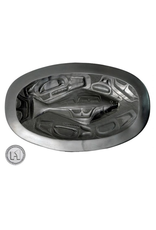 CMH licensed reproduction of potlatch plate, Halibut. Oval 9"". The reverse of the plate features the museum collection ID number and embedded medallion to authenticate the piece. Halibut has long been a favorite in the diet of the Indians of the Pacific Coast, especially the Haida. The halibut figures prominently in Haida legends; one of which claims the First Man emerged after the Flood from a halibut that had violently shaken off its head and tail. Another legend says that the Queen Charlottes were once just a single island that became broken apart from the thrashing tail of a giant halibut deep under the earth.