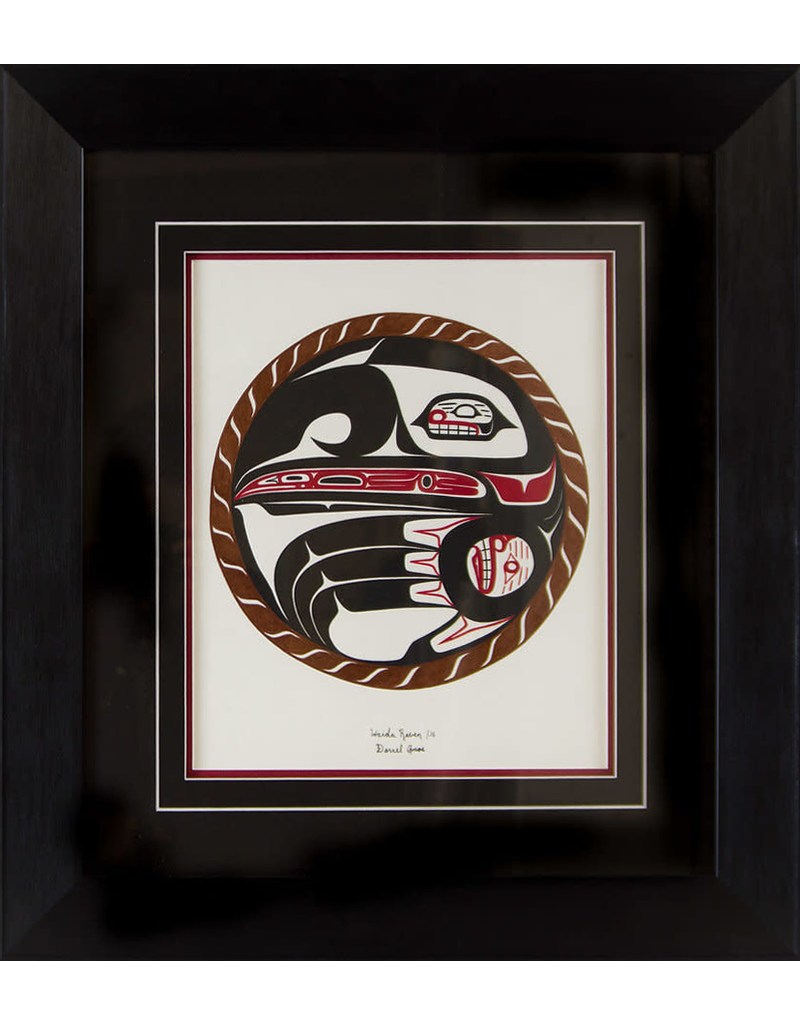 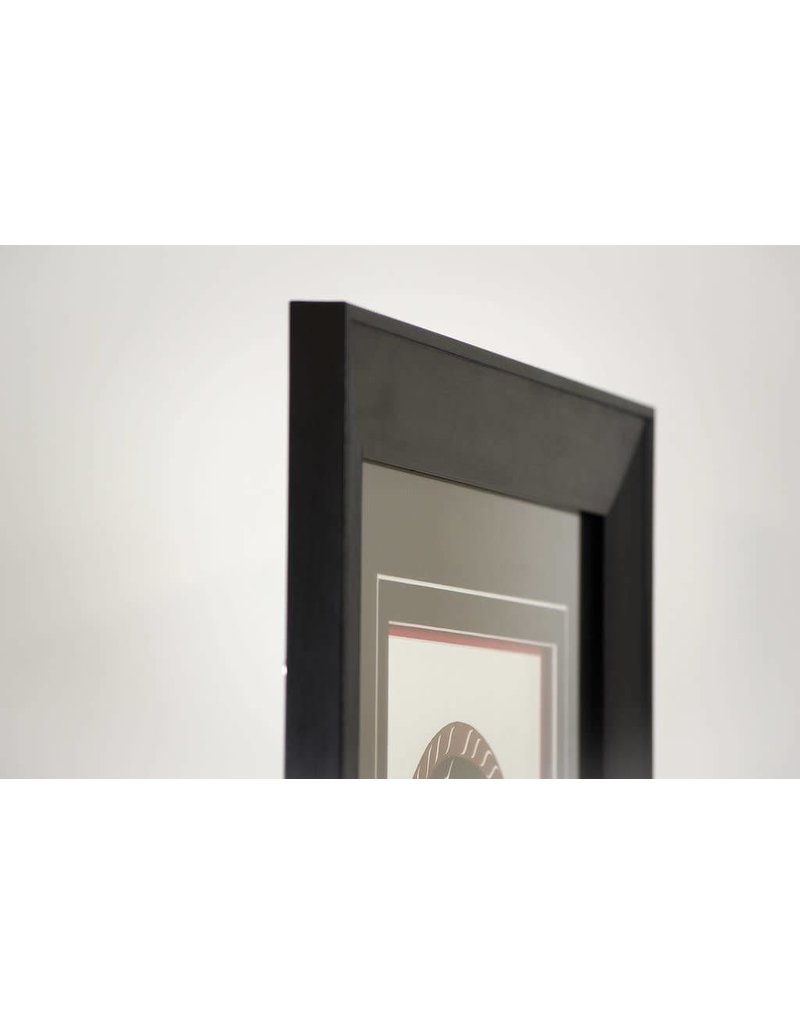 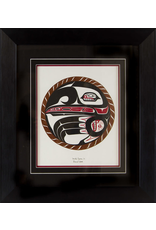 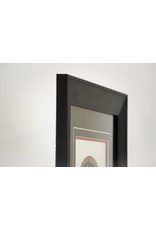 Haida artist Darrel Amos, 46, has been drawing since he was 6, but his art really developed during his years in prison. There are all kinds of ways that artists develop their skills, but over the course of a difficult life, the many short-term prison terms Darrel spent for various kinds of theft gave him the time and materials to fulfill his artistic potential. It has been over 10 years since Darrel took control of his life, though he still lives at the edges of comfort and stability in the Downtown Eastside. His works are increasingly being recognized, and he often has commissions for special pieces. Recently Darrel was approached to do a painting that would portray a special relationship between the client commissioning the piece and her spiritual mentor.

Darrel was originally inspired by an older brother who was also an artist in their home in Haida Gwaii, at the very northern tip of the Queen Charlotte Islands. Though his brother let go of his own work, Darrel liked drawing and painting so much that he decided that this is what he would be. He would draw constantly, and his teachers in grade school recognized his talent and encouraged him. These days Darrel's work is featured in an online art gallery. There is also a new line of his work of embroidered garments, including sweatshirts, T-shirts, and hoodies. Darrel is given full credit on the labels, and he earns royalties as well.

Darrel is a member of the Raven clan of the Haida Nation from the Island of the Haida Gwaii (Queen Charlotte Islands). Darrel was inspired by his Uncle Fred Davis at an early age, as well as numerous family members still living in Old Masset. It's extremely rare to be a full-blooded Haida First Nations Native with such a small community, but Darrel can trace his lineage to the Edenshaws & the Yeltatzies and is 100% Haida descendent. Proud of his heritage, Darrel is known for his traditional Haida designs and is willing to share his families' legacy with the world. In his own words, "I am passionate about painting in the Haida style as it affirms who I am and where I come from, and it's my way of healing and giving back to the community." Signed and titled, this limited edition print would be an excellent addition to any aboriginal art collection.