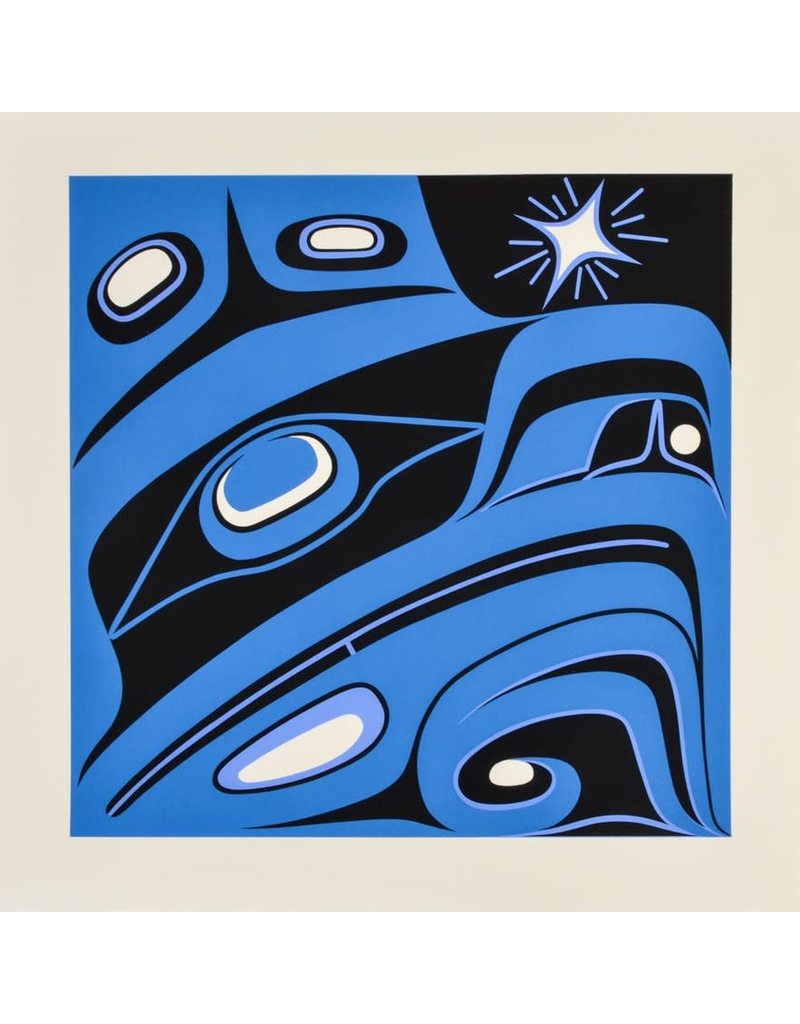 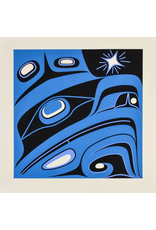 The Eagle is a spiritual messenger for the people as he brings our prayers up to the Creator. They are an inspiration for our people and appreciated for their ability to see the big picture on the horizon, as well as focus on small details. Eagle feathers are given as gifts to symbolize honour and respect for accomplishments and displays of courage and wisdom. Because Eagles mate for life, they are also admired for their long term spousal commitments. The Eagle and can be identified in Pacific Northwest Coast First Nation art by a powerful beak whose upper half ends in a strong downward curve, piercing eyes, feathers and large talons.

Lyle Campbell is part of the Eagle clan and is a member of the Sta-Sta-aas-Songalth Tribe of the Kaighani Haida. He started drawing at the age of eight, and carving at the age of fourteen. Lyle spent two years studying formal design, and one year at the Gitanmaax School of Northwest Coast Indian Art at K'san in Hazelton, BC. He has had the privilege of working with many talented artists, including Haida artist Robert Davidson and Tsimshian artist Henry Green. While Lyle is perhaps best known for his wood carving, his skills are incredibly diverse. He has produced silver and gold jewellery, original paintings, and limited edition prints. In recent years, Lyle has been creating many large masks and totem poles. Between 2002 and 2007, Lyle created nine totem poles which ranged between eight and twelve feet in height.

Following a 10 year hiatus from the art world, Lyle has reinvented himself as an artist once again. Lyle has developed a new style, which incorporates free-flowing design, bright colours, and a contemporary perspective while remaining true to the traditional Northwest Coast formline.