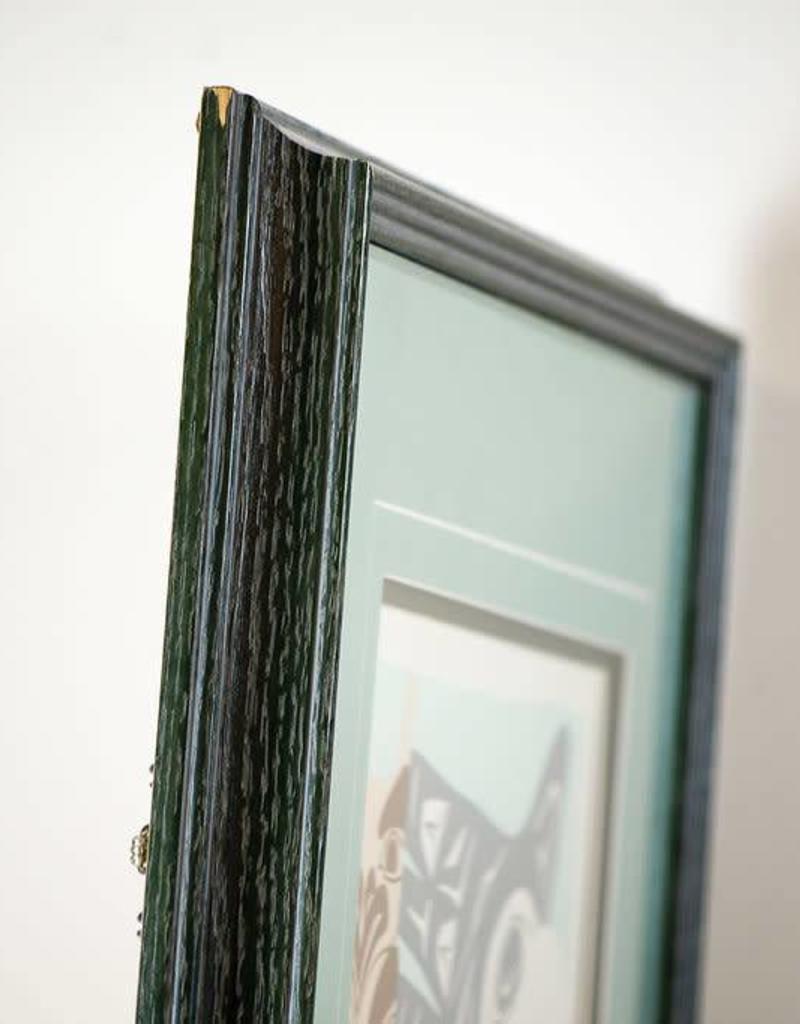 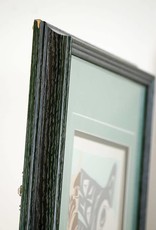 Though the grouse is common to the Northwest Coast, it was not frequently depicted in the art or mythology. It is perhaps best known for its appearance in the Atlakim Dance, when it is the first mask to enter the dance floor, and calls the other dancers out. In masks, it is usually depicted with round, open and alert eyes, a re-curved beak, and open, pursed lips. Small, round feather motifs are often painted around the mouth and eyes, and the mask is detailed with feathers and bark.

Robert E. Sebastian is a member of the Wolf Clan of the House of Spookx from the Gitxsan Nation. His works have appeared throughout world collections, including the British Royal family's. Presently, Robert works as a journalist for the Wet'suwet'en Hereditary Chiefs office. In his spare time, he carves, paints, and writes. A special highlight in Robert’s career included a supporting role in the made-for-television documentary The Newcomers, commissioned by Esso of Canada. In addition, a Mountain Ram print was chosen by Monty Basset for his documentary Sheep of Stone, which aired on the Discovery Channel. Robert now makes his home in Hazelton, BC, but the city of Prince George, BC, is his home away from home. This city has presented his prints to the Mayors of Aomori and Sapporo in Japan, Lulea and Kiruna in Sweden, and Teipei.