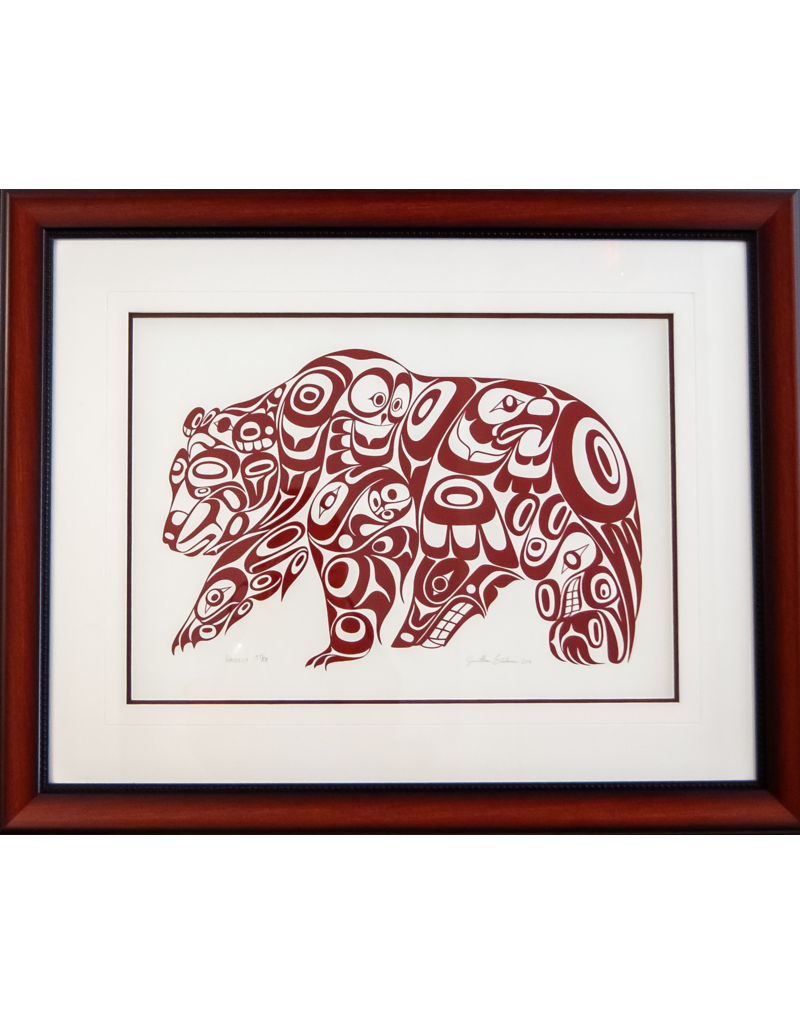 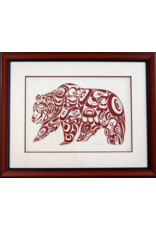 The Bear symbolizes family and strength through motherhood and teachings. Mother Bears are fierce defenders of their children and are great protectors. Bear is a well-respected member of the community and sometimes referred to as the protector of the forests. We look to the Bear to show us how to fish and pick berries in our territory. In Pacific Northwest Coast First Nations art, Black Bears are depicted with a short snout, short ears, small tail, and sometimes a hanging tongue. Grizzly Bears have bigger teeth, particularly the canine teeth, and larger claws.

Born in Terrace, B.C., Jon is from the Nak'azdli Band of the Gitksan Nation. In 2011, Jon began working with Haida artist Clarence Mills to learn engraving technique and formline design. He then studied under Nisga'a artist, Robert Tait, at Vancouver’s Native Education College in 2012, where he graduated from the institution's Northwest Coast Jewellery Arts Program. Throughout 2013, Jon worked as an Instructional Assistant in the Jewellery Arts Program. During the end of 2013 and the beginning of 2014, Jon lived on Vancouver Island, learning printmaking and design from famous Tsimshian artist, Roy Henry Vickers.