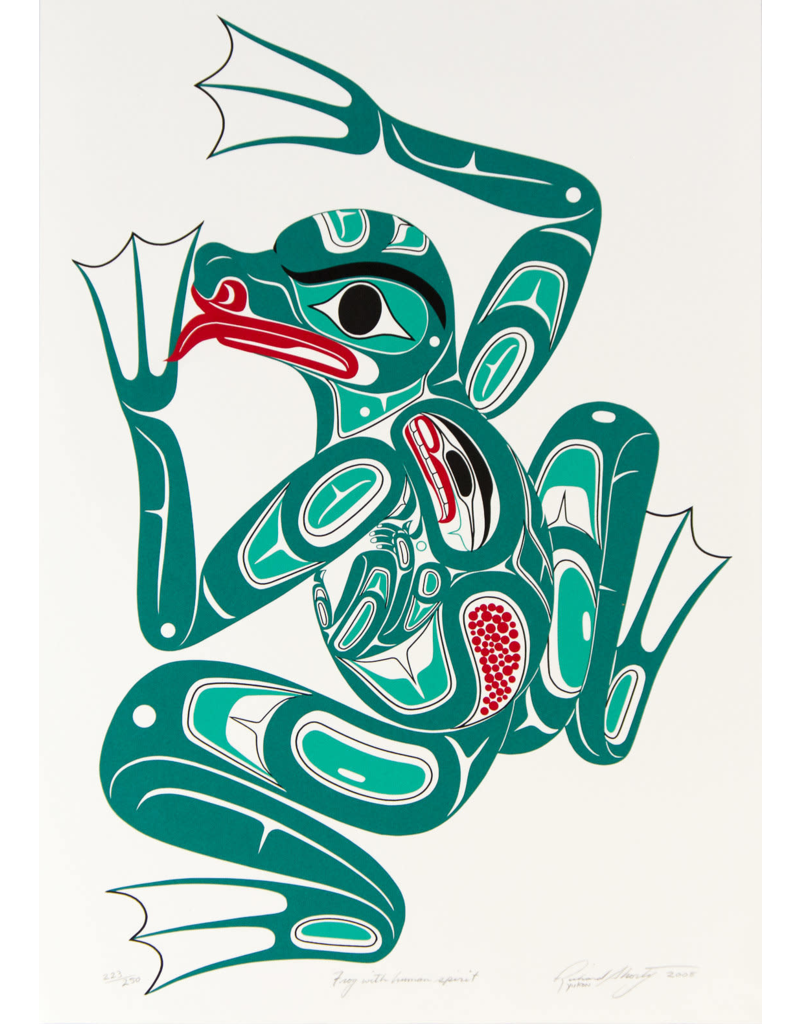 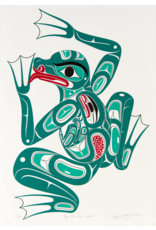 The frog represents the power of water and is a creature that lives in two worlds, water and land. It's revered for its adaptability, knowledge, and power. This painting depicts a frog with an open mouth its tongue licking its left arm, a human spirit design on the back reaching around to the belly, and eggs indicating it is a female frog.