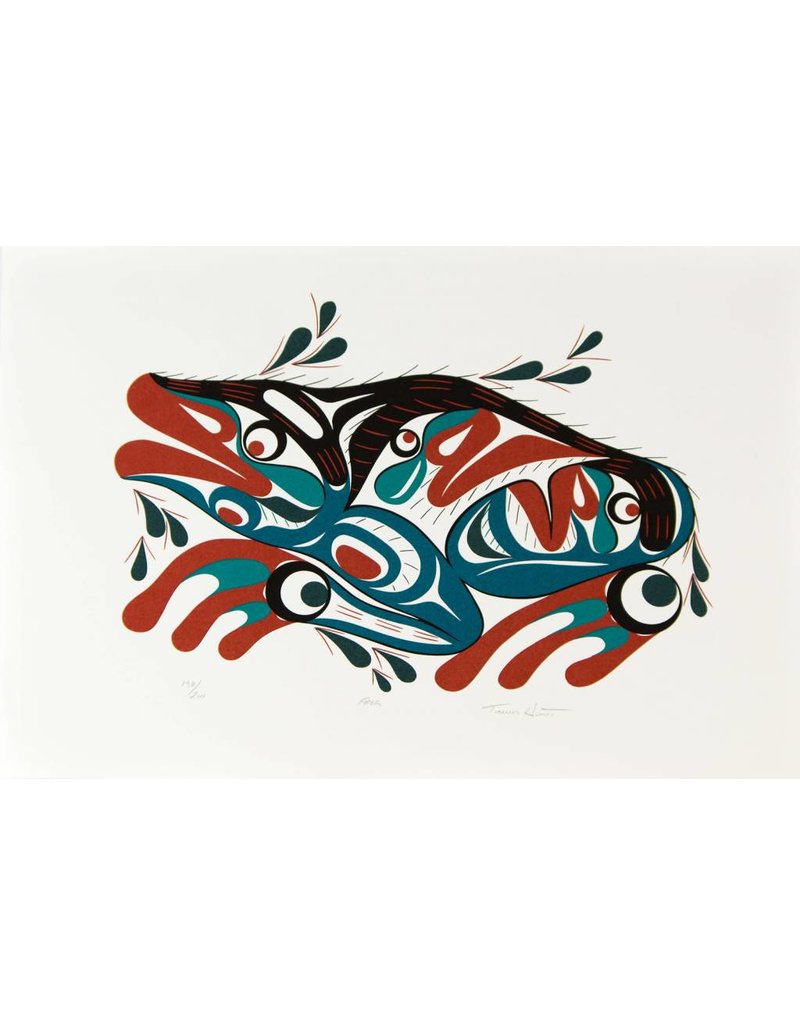 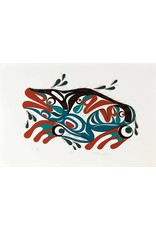 Frog represents the power of water and sound and is considered the cleaner of the spirit and the voice of the people. As a creature that lives in two worlds, the frog is revered for adaptability, knowledge and power to traverse worlds. The Frog can also be found at the bottom of the Totem Pole, with its legs stretched out, symbolizing stability. Haida people carved Frogs at the base of houses to prevent them from falling over.

Trevor Hunt was born in 1975 in the Fort Rupert area of the Northwest Coast of British Columbia and is the father of three children. Trevor comes from a long line of master carvers who have been instrumental in the survival of the Kwaguilth art form, including his father Stan Hunt, his uncles Eugene and Tony Hunt Jr. Trevo's grandfather was Henry Hunt and his great grandfather, Mungo Martin (Chief NaKePenkem).

Trevor has been painting Kwaguilth myths and stories since he was 10 years old and began carving under the tutelage of his father in 1997. His work is in many galleries in North America. Since 1995, he has many designs that are all sold out.