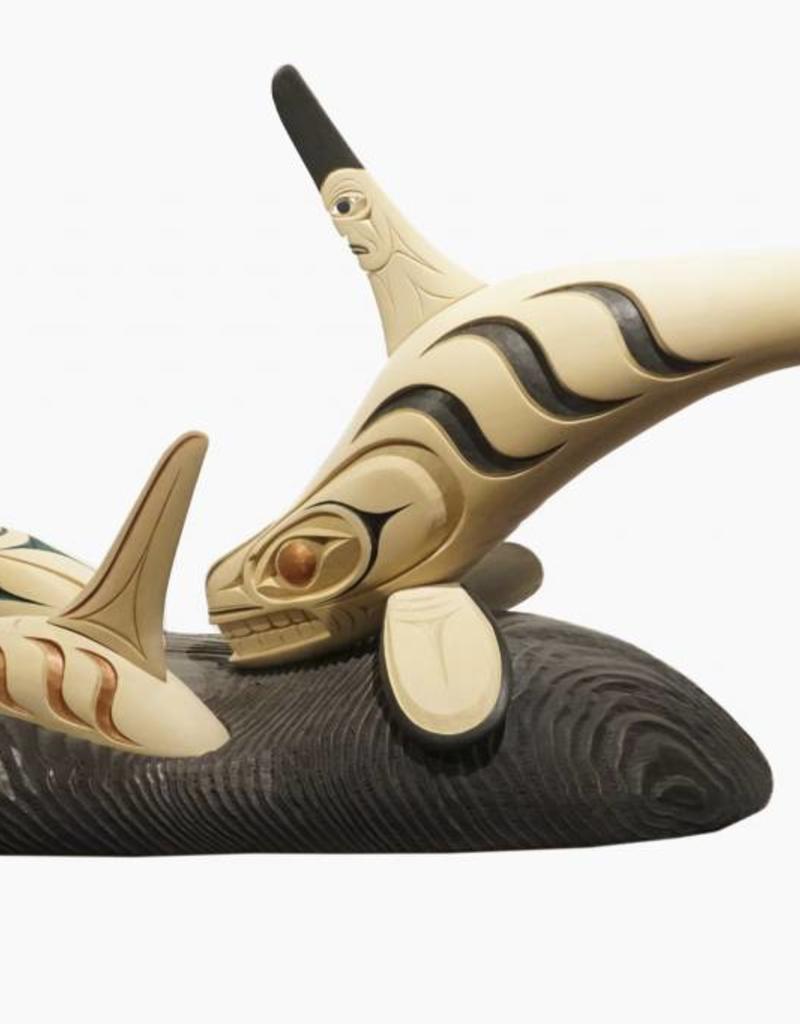 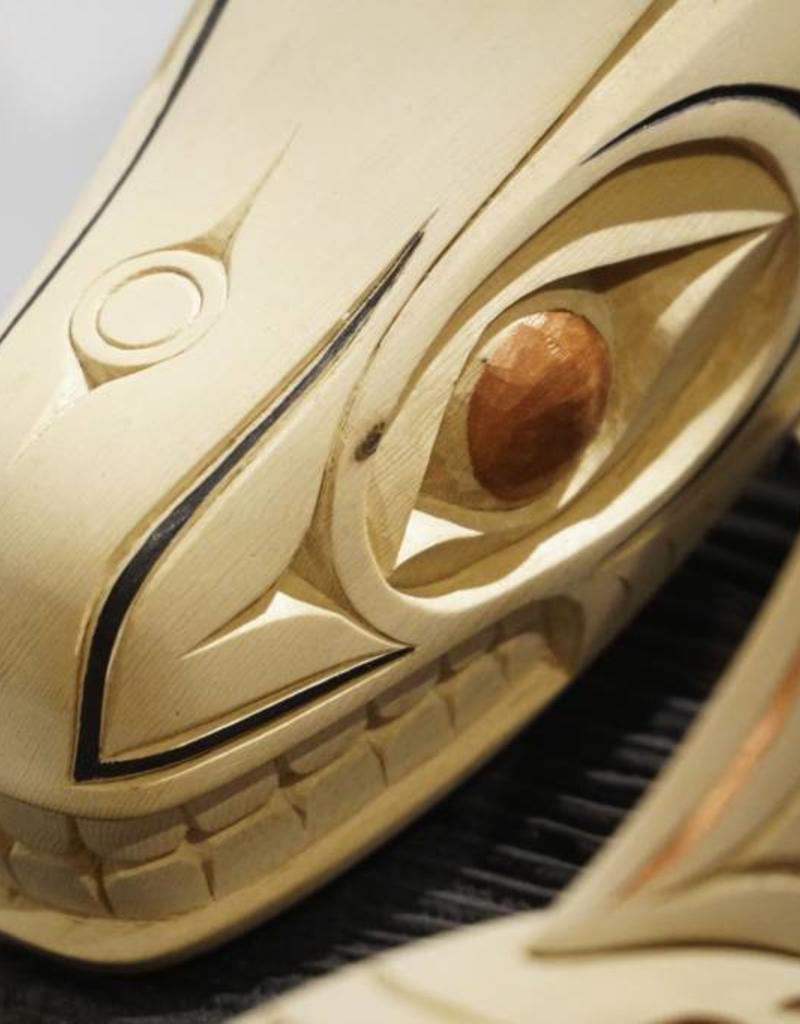 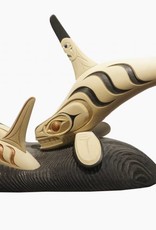 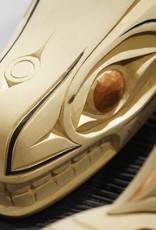 The Orca or Whale is known as the guardian of the sea and a symbol kindness. Orcas live in pods or family groups that live and hunt together.  It is because of this nature that they are known for their strong sense of family values and unity in numbers.

Born into the Musqueam First Nation, Chris Sparrow was destined to become an artist.  He grew up on the boat, fishing with his late grandfather,  Lyle Sparrow.  Chris went up and down the coast every fishing season, prawning, hunting, and learning the traditional values of our Salish seas.  Through the guidance from his father, Irvin Sparrow, he finished his first carving at the age of nine years.  His carving was also guided by expert carvers like Wayne Young.  Chris’ visions and inspiration came from things he had seen on his fishing trips.  Having carved for 21 years, Chris has mastered his carving techniques. Chris now works with many mediums and loves the challenge of new ideas and projects.