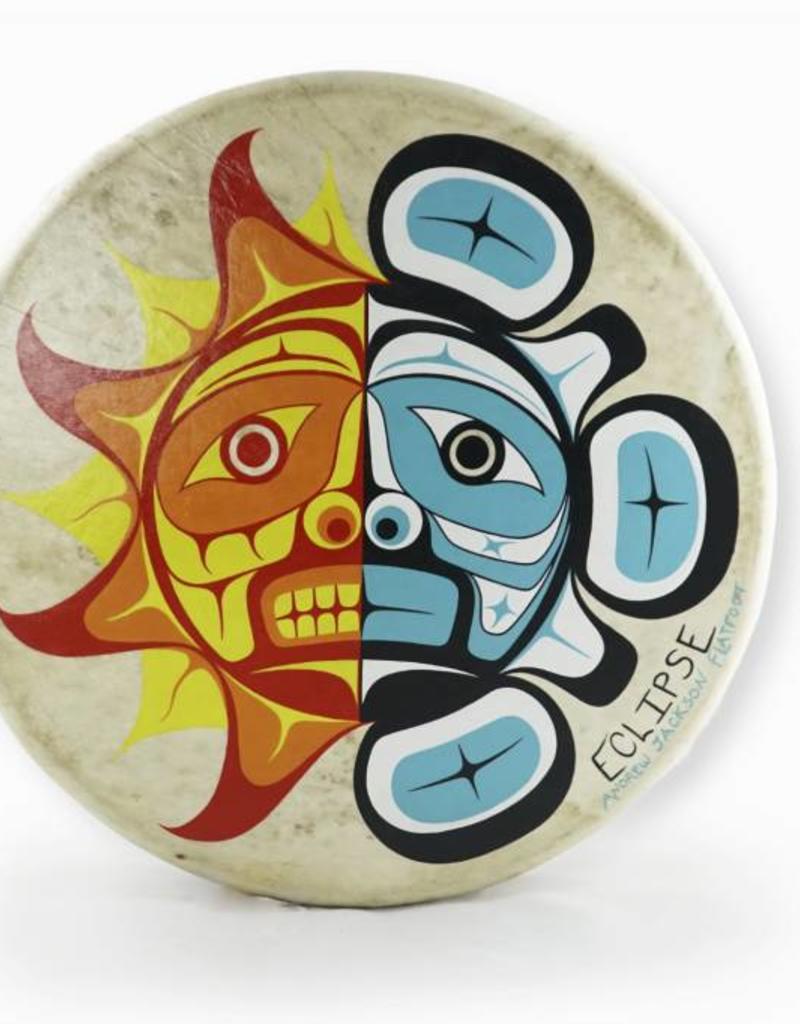 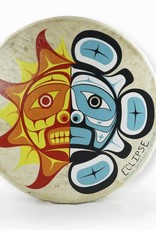 The Sun is a symbol of creation and life’s energy.  In some of the stories the Sun is a person, people seek him out looking for assistance and his knowledge of the world.  In many coastal myths, the sun is a metaphor for enlightenment and knowledge.

The Moon is a marker of time and a feminine power or influence over nature.  The Moon has the ability to change our moods and thoughts and controls the tides which affect our food cycle.  Full moons are credited with providing direction, vision and guidance.

Andrew is Ojibway, from Sandy Bay Manitoba, though he grew up in Montreal with his adopted family. He moved to BC in 1991, and it was here that he began to learn more about his culture. Elder Andrew Lawson took an interest in Shizgal’s spiritual and physical wellbeing. He taught him the basics of carving design and drum tying; encouraging Shizgal to be original while still following traditional rules.