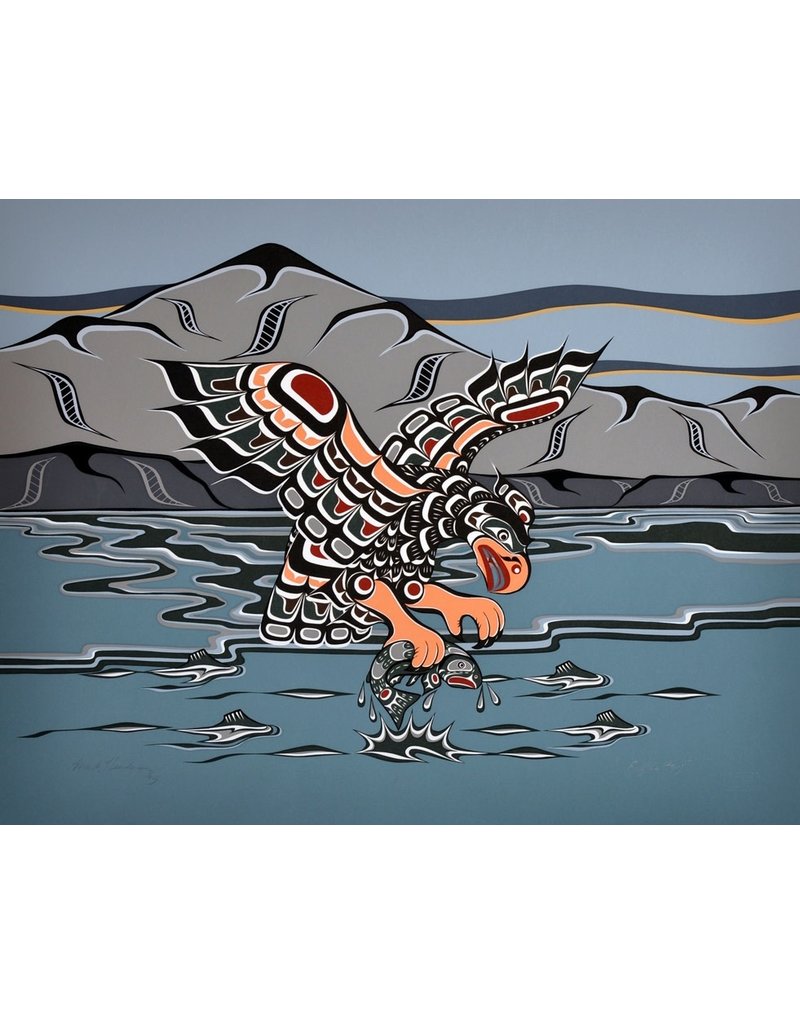 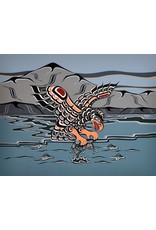 Mark was from the Wai-wai-kum Band of the Kwakiutl people at Campbell River, B.C. He was born in 1953 and was deeply involved in the art and culture of his community. He began painting at the age of eleven and was taught by his father, Sam Henderson, who was originally from Blunden Harbor. In the summer, Mark worked as a commercial salmon fisherman off the west coast of Vancouver Island and in the winter, he painted. He had a unique style related to the old art of the Kwakiutl people, noticeably seen in the carvings of Mungo Martin, Henry Speck and in the numerous carvings in and around Alert Bay, B.C. Mark passed away in 2016.