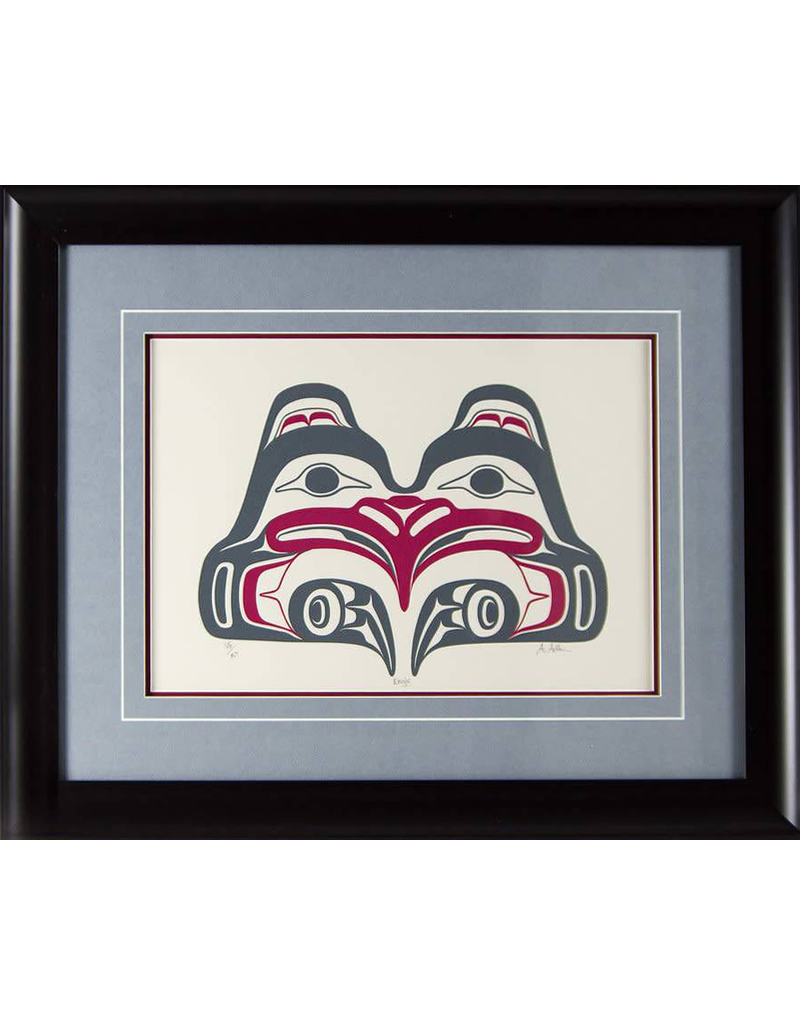 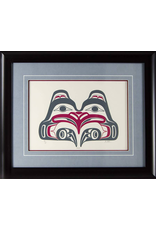 Alvin Adkin's crest figures include the Raven, Bear, and Killer whale. He is a self-taught artist who started carving in 1971. Alvin creates silver and gold jewellery, makes limited edition prints, and carves in wood and argillite. He was influenced by such renowned artists such as Dempsey Bob (Tahltan/Tlingit), Freda Diesing (Haida), Bill Reid (Haida), Robert Davidson (Haida), and Don Yeomans (Haida). Alvin comes from a talented family; both of his brothers, Rick and James, are established jewellers as well. Alvin's work is characterized by wide formline design and extremely deep gouging. His pieces have been exhibited at the Museum of Northern British Columbia in Prince Rupert, BC. In 2010, Alvin received a Creative Achievement Award for Aboriginal Art from the BC Government.