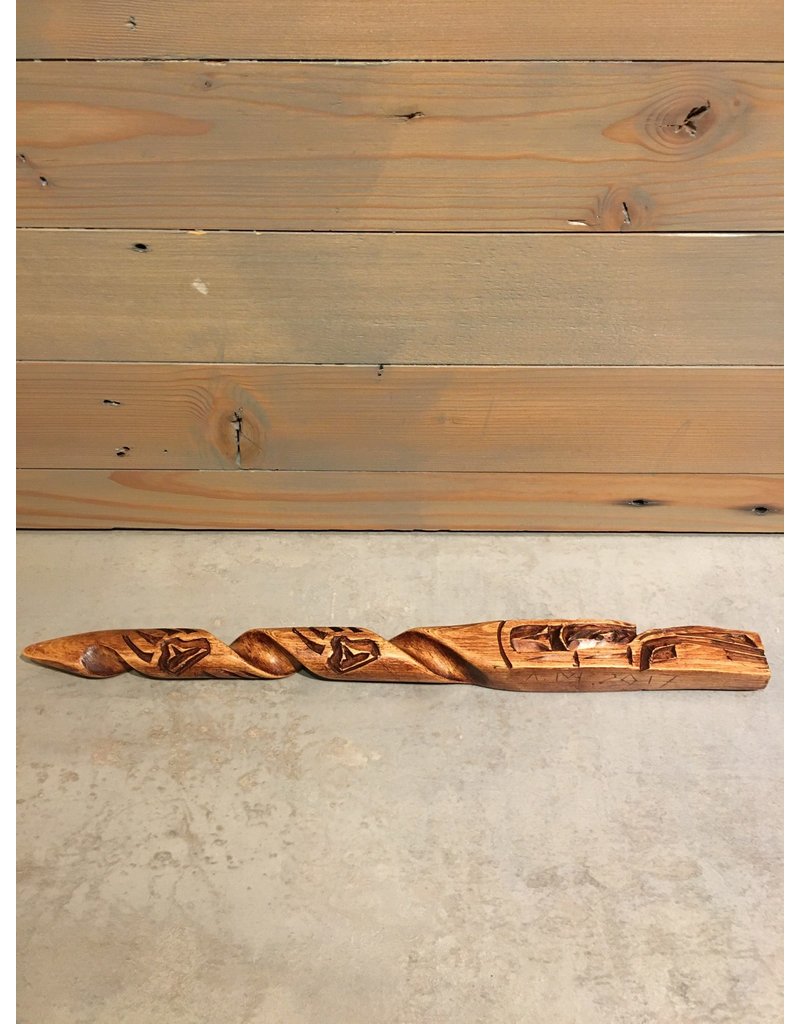 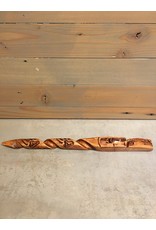 Alex Mountain was born in 1973 and raised in Vancouver, BC. His family is from Kwakiutl Nation, located at Mamalillikulla, BC. Mamalillikulla means Village Island. Today, most people from the Village Island live in Alert Bay a small island southeast of the northern tip of Vancouver Island, BC.

Alex learned to carve from his grandfather when he was 8 years old. Alex was not dedicated to carving until he was 16 years old. His father, uncles, great uncles also taught him how to carve along the way. Aside from wood carvings, Alex also learned other traditional skills throughout the years, such as how to jar, can, smoke, and barbeque fish.

Alex prefers to carve with red cedar. Sometimes he carves with yellow cedar or sugar pine. He used to carve 14"W x 7'H x 2" thick wall carvings. Throughout the years, Alex developed his own styles of carvings and his own designs, such as starting the trend of twisted feather carvings. Alex has been carving for 33 years, and he loves his job as a carver.