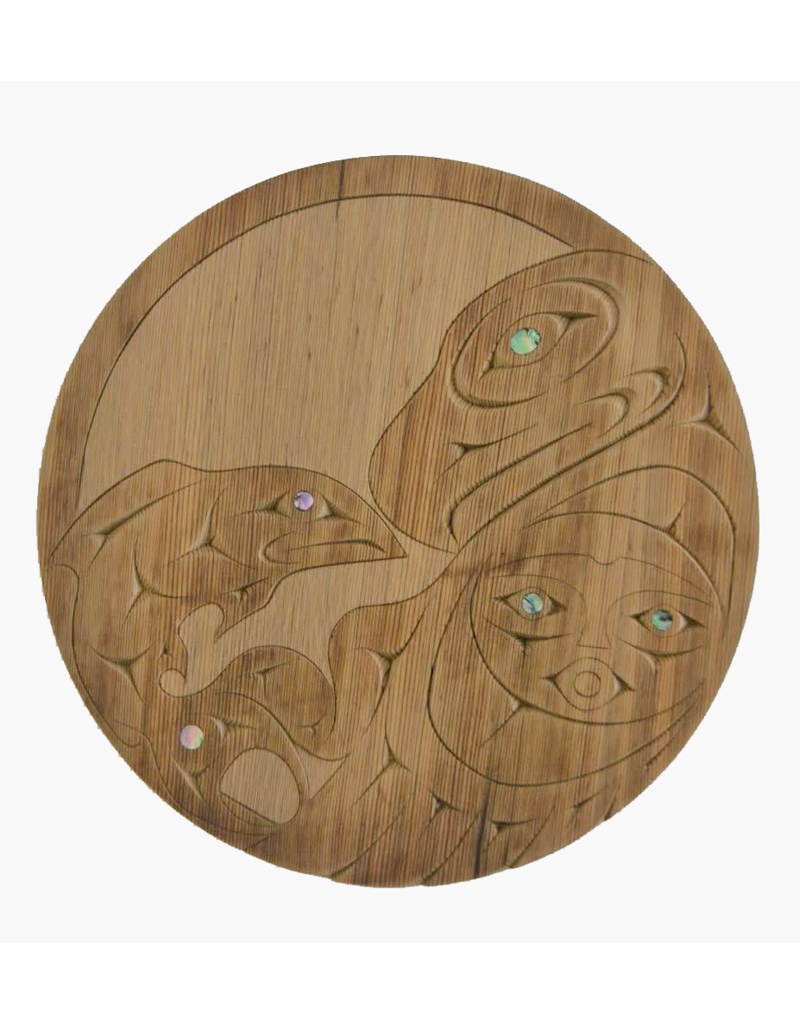 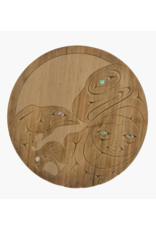 Gerry Sheena started carving in 1988 and carves almost exclusively in yellow and red cedar. He received much of his training from his brother, Roger Swakum. Since 1998, Gerry has been mentoring youth while creating works of public art. Among these projects is the gateway for the Collingwood Neighbourhood House and a 21-foot totem pole for a housing complex in Vancouver, BC. In 2017, Gerry became an Artist in Residence at Vancouver's Skwachàys Lodge.