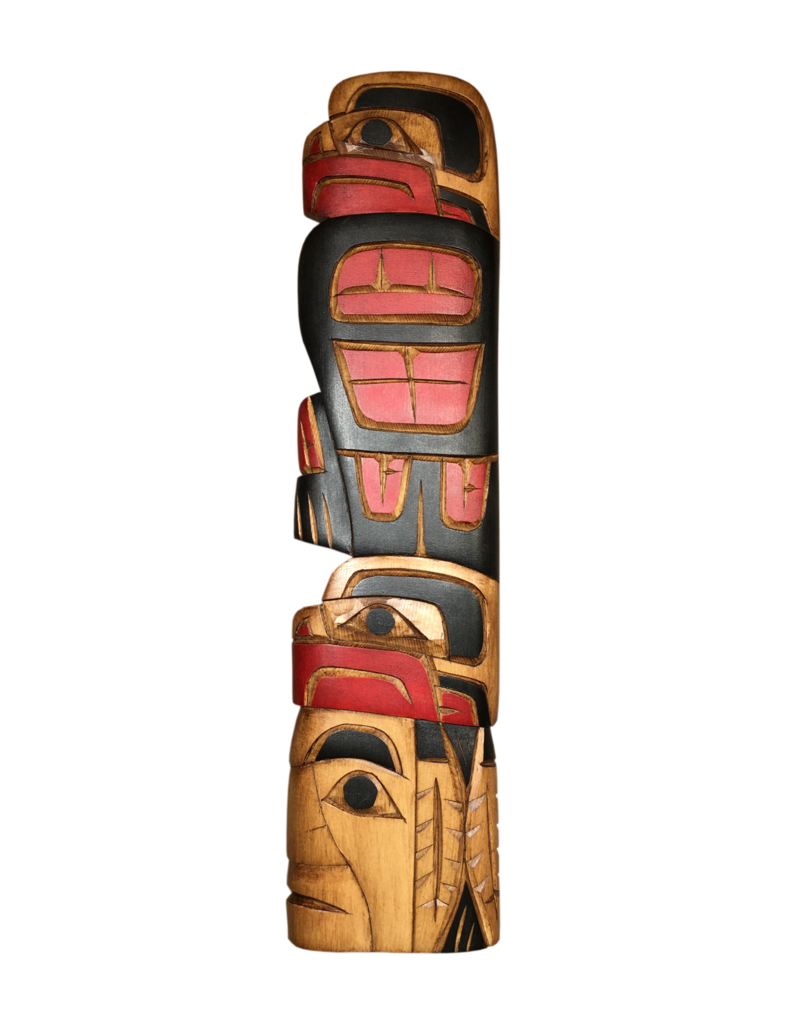 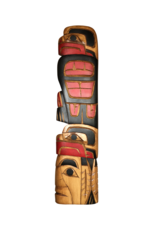 Richard Krawchuck was born on June 20, 1956, in Squamish, B.C. His father is of Ukrainian background, while his mother is of Coast Salish heritage. The family moved to North Vancouver, where Richard spent his youth attending school. In 1987, Richard moved to Britannia Beach. Then, he moved again to the Fraser Valley in 1995.

Richard Krawchuck first carved at the age of fifteen. Although Richard was basically self-taught, he named Marvin Baker as a great influence. Richard has been carving full-time since 1986 and is recognized for the quality of his work. He likes to carve eagles, bears, wolves, and loons, animals that are found locally and have a place in native legend. He also likes to carve Chiefs and Welcome men. All his work is finely carved and finished and is sought out by serious collectors.

Richard Krawchuck's carvings can be found in collections all over the world.