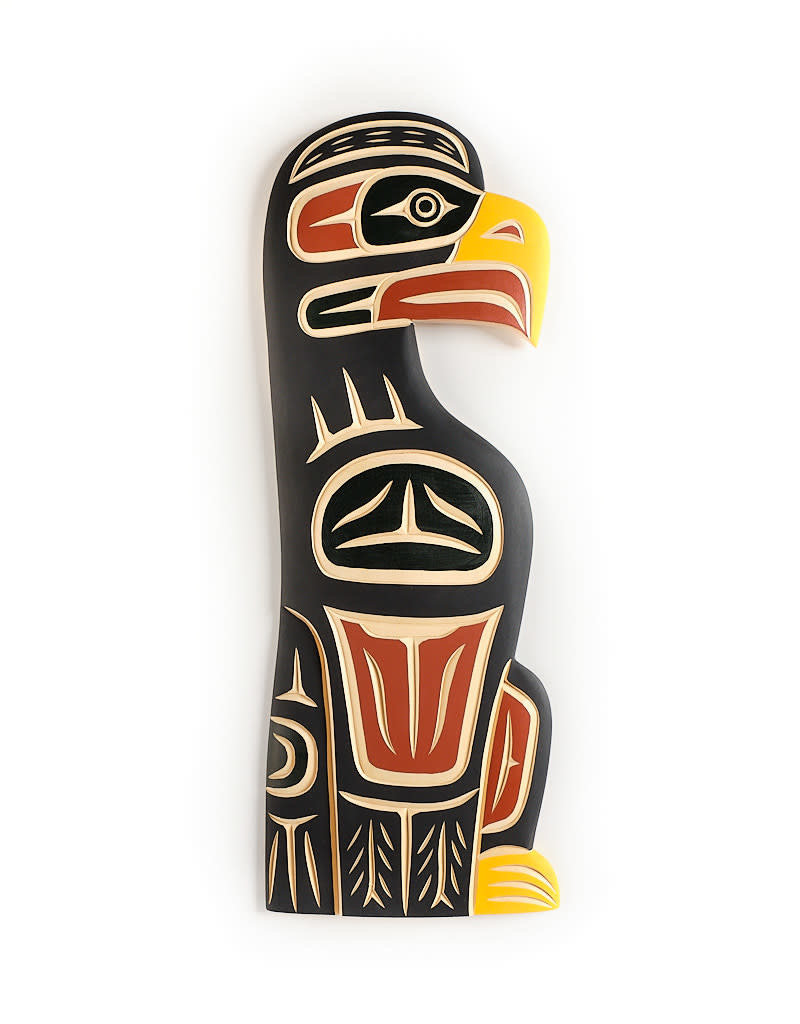 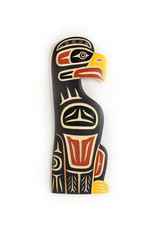 The significance of the Eagle in many First Nations stories is that Eagle is used to represent perception and spiritual connection. Eagle feathers and down are sacred: traditionally Shamans believed in their healing powers and used them in a variety of ceremonial and ritual contexts such as honouring a respected guest. Eagle's down symbolized good luck, piece, welcome and friendship.

Harvey John was born into the Nuu-Cha-Nulth Nation in Nootka, on Vancouver Island, British Columbia, in 1953.  He learned to carve at the age of 12 from his uncle, Simon John.  He now lives in Victoria, BC, where his art has sold to collectors from all over the world.  Harvey has made it his life’s mission to continue his family traditions and culture through the creation of fine, hand-carved art.  Harvey works in various media, including silver, wood, and argillite.