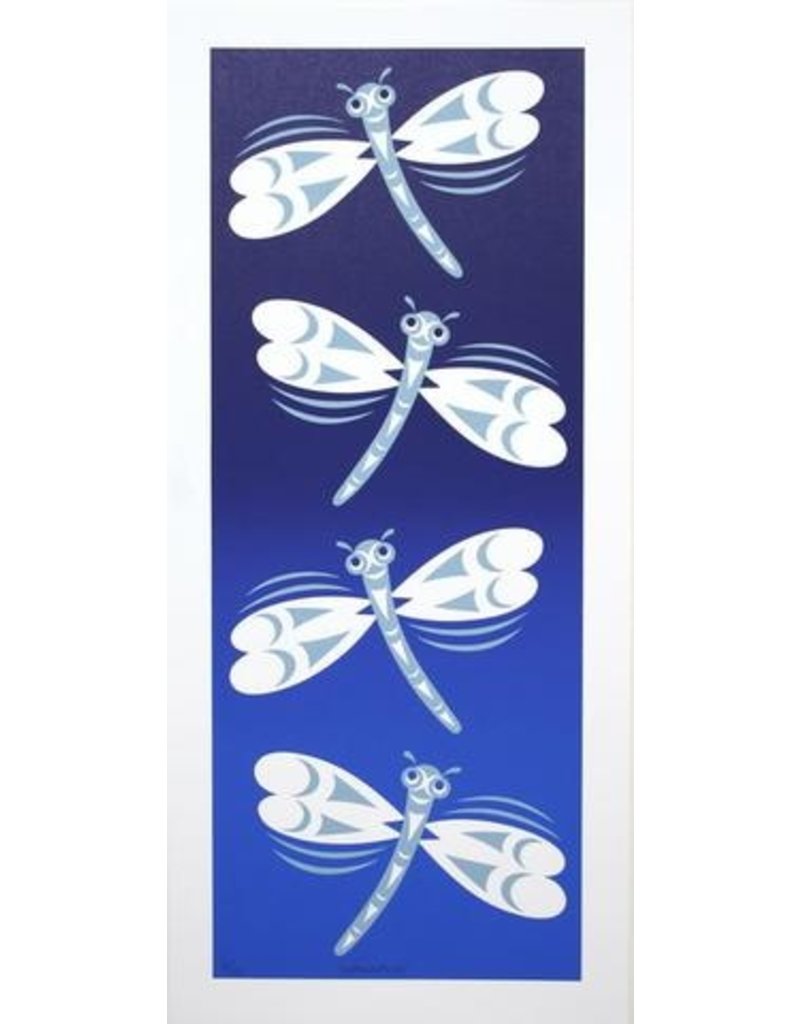 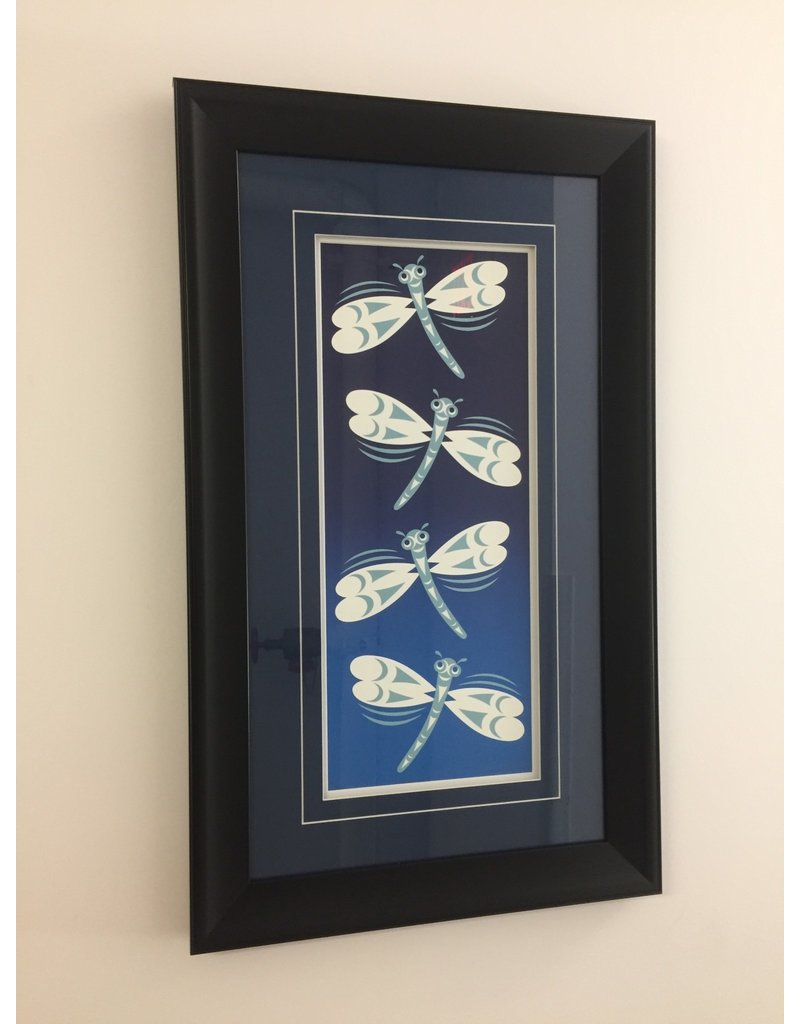 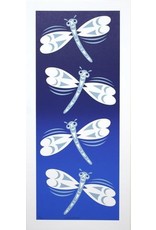 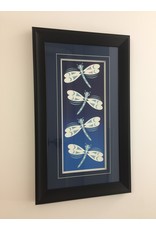 The Dragonfly is a symbol of maturity, change and swiftness. Dragonfly represents a self-understanding for mental and emotional maturity. The Dragonfly's swift flight and its ability to move in all six directions radiate a sense of power and poise something that comes only with age and experience. The Dragonfly can be seen in Pacific Northwest Coast First Nations art represented with its stout body with large compound eyes and chewing mouthparts. He has two pairs of elongated, membranous wings that always remain outstretched.

Maynard Johnny, Jr. (b. 1973) is one of our artists in residence at Skwachays lodge. He is primarily a self-taught artist who has been studying and working since the age of seventeen. He has been inspired by many Northwest Coast artists and particularly admires Robert Davidson, the late great Art Thompson, and Mark Henderson. Maynard is principally involved in graphic work but is also designing and creating jewellery in silver and gold.

Throughout his career, he has worked in many mediums including acrylic paint on canvas, wood and wood carving. His designs have garnered him a number of awards in logo contests for various Indigenous and non-Indigenous organizations. He was also privileged enough to design an 8-ft. by 3-ft. sculpture of a salmon that was donated to the world trade centre in New York to honour those lost in the 9/11 tragedy. Maynard has been in a number of exhibitions including a Miniature Show at Alcheringa Gallery, a Young Bloods Show at the Douglas Reynolds Gallery and a Salish Show with Charles Elliot, as well as a few small solo shows. Maynard continues to share the beauty of the Coast Salish through graphic painting, wood, glass, and metal sculptures.