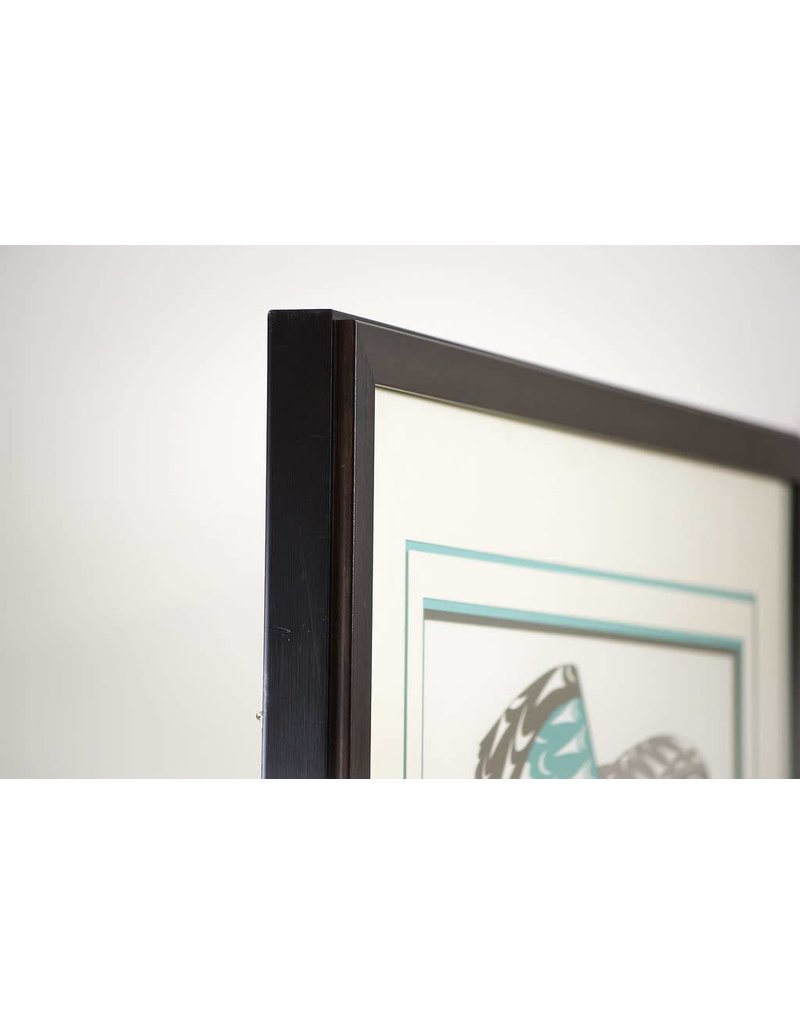 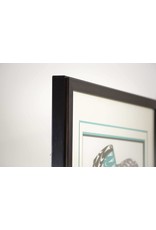 The Eagle is a spiritual messenger for the people as he brings our prayers up to the Creator.  They are an inspiration for our people and appreciated for their ability to see the big picture on the horizon as well as focus on small detail.  Eagle feathers are given as gifts to symbolize honour and respect for accomplishments and displays of courage and wisdom.  Because Eagles mate for life, they are also admired for their long term spousal commitments.

The Eagle and can be identified in Pacific Northwest Coast First Nation art by a powerful beak whose upper half ends in a strong downward curve, piercing eyes, feathers and large talons.

Edward Joe was born on Vancouver Island in 1969, where he currently lives. Strongly influenced by his Coast Salish heritage, he has also studied indigenous design from other areas of the Americas. Upon graduating with a Provincial Diploma in 1992, Edward enrolled at the Emily Carr Institute of Art and Design, receiving a Diploma in Fine Arts in 1998.