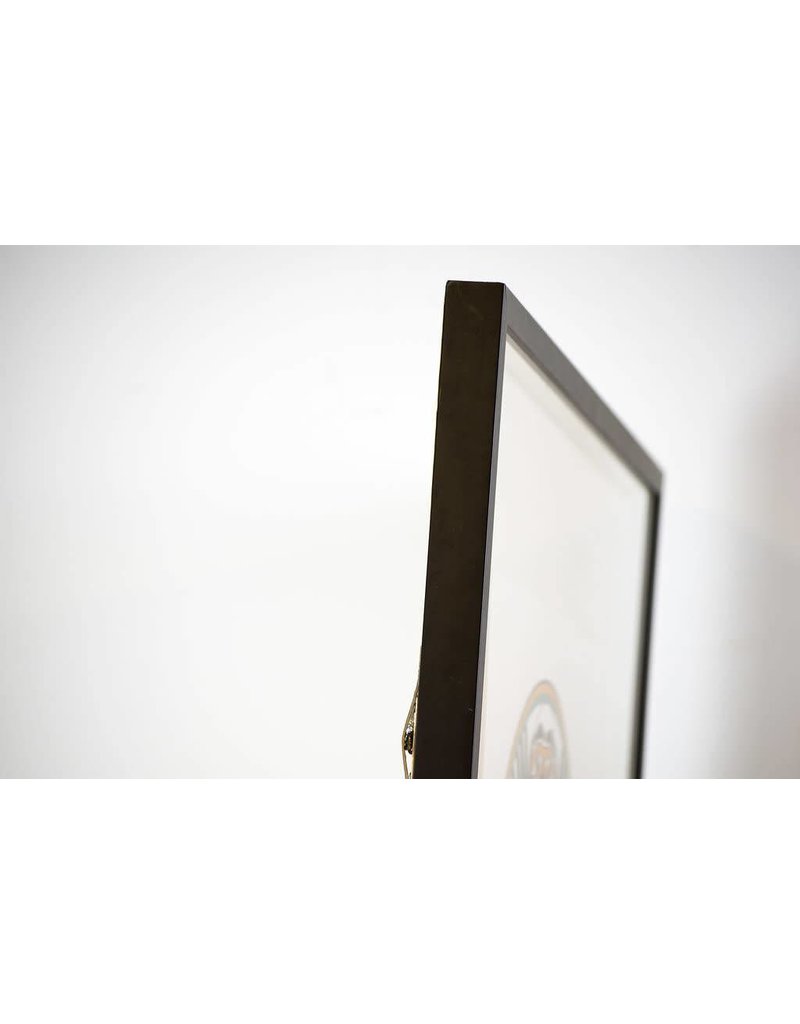 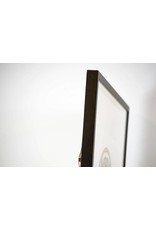 The Moon is a marker of time and a feminine power or influence over nature.  The Moon has the ability to change our moods and thoughts and controls the tides which affect our food cycle.  Full moons are credited with providing direction, vision and guidance. The Moon is identified in Pacific Northwest Coast First Nations art as a circle with a human face in the center, and often depicted with short rays around the edge.

Kevin Cranmer was born in Alert Bay, British Columbia, but has lived all but four years of his life in Victoria. Kevin can trace his ancestry to many tribes in the Kwa’kwaka’wakw nation, ‘Nagmis (father), Mamalilikala (mother), Kwagiutl (paternal grandmother), Da’naxda’xw (maternal grandmother), Lawit’sis (paternal great-grandmother), and can also trace his roots to the Tlingit of Alaska. Cranmers’ great-great-great grandmother, A’nisalaga (Mary Ebberts), was a Tlingit noble woman from Tongass, Alaska. She was a Chilkat blanket weaver of great regard and the matriarch of the Hunt family of the Kwagiutl tribe from Tsaxis (Fort Rupert). He descends from the Cranmer, Flanders, Hunt and Bruce families.