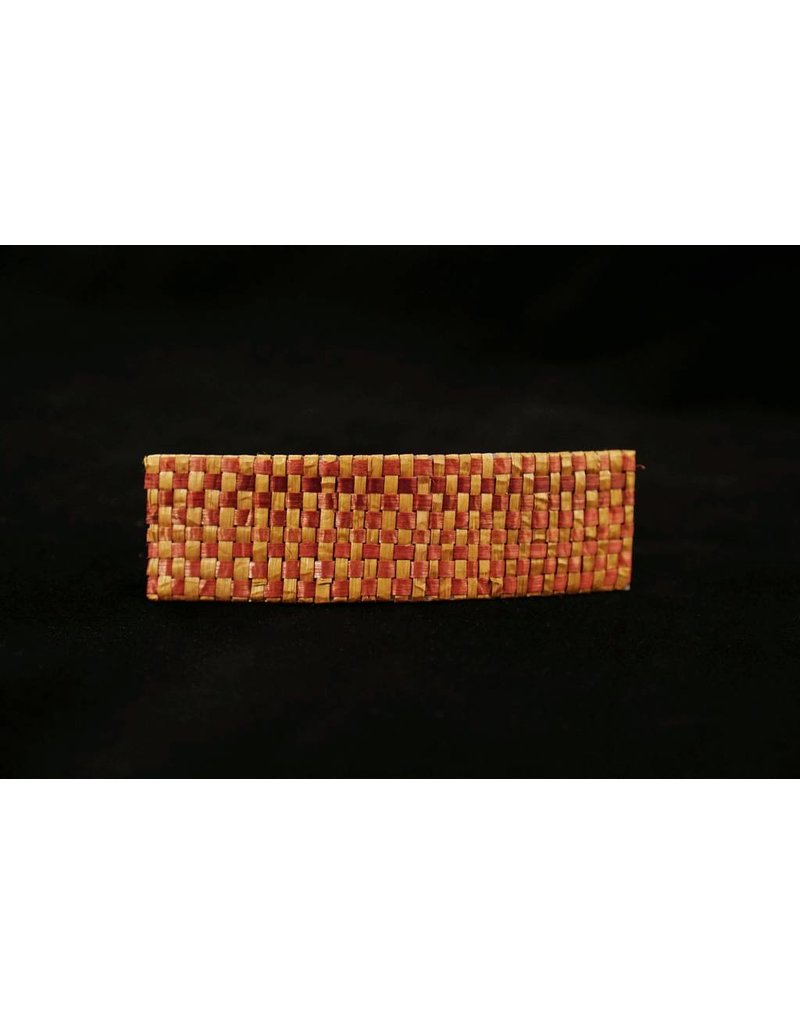 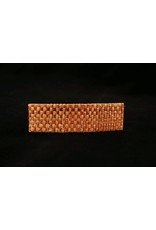 Born in 1971, Blossom lives in Masset on the island of Haida Gwaii off the northern coast of British Columbia. She is the granddaughter of Mary Swanson, an accomplished woman known for being one of the last remaining speakers and writers of the Haida language and an outstanding weaver. Mary taught Blossom to weave in 1996, while imparting her with the stories, words, songs and dances of the Haida tradition.

Blossom’s work is partly responsible for the continuation of the incredibly difficult and time-consuming art of weaving cedar. There are only a small number of weavers left, and Blossom represents one of the few new generation artists. Blossom prefers to weave hats for ceremonial purposes and occasionally sells her work to galleries. Her hats are beautifully crafted with intricate weaving patterns. She often incorporates pelts or abalone shell to embellish her already exquisite pieces.