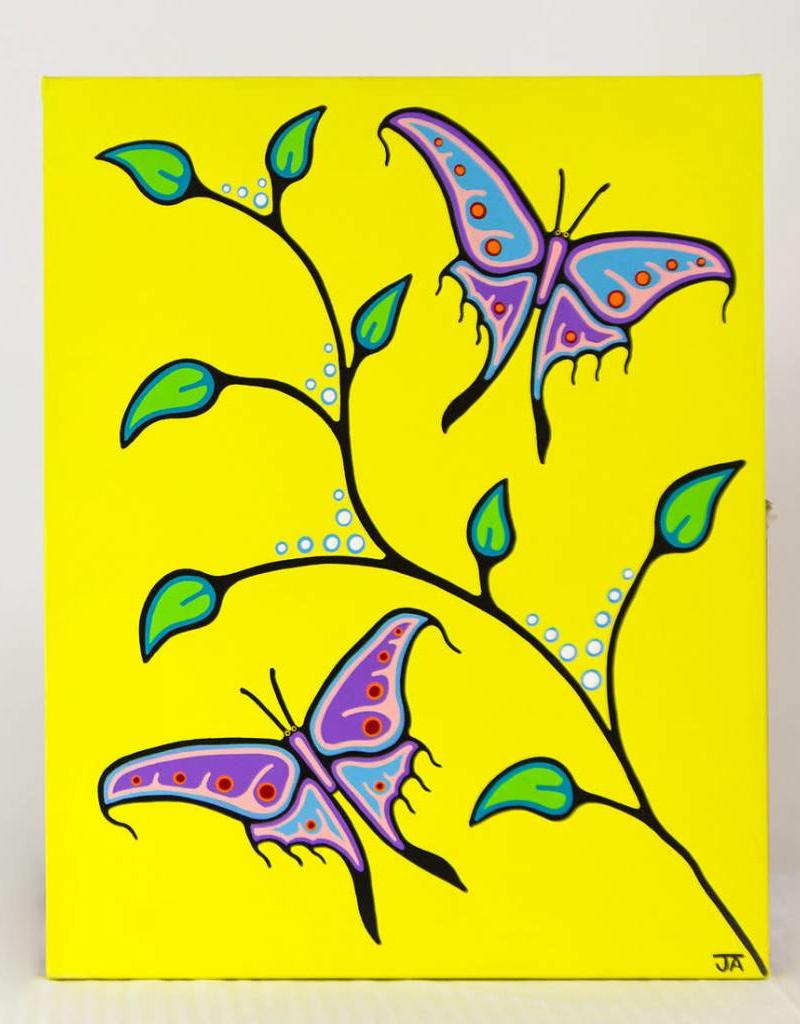 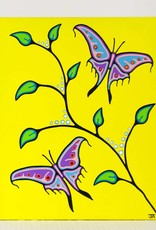 The Butterfly is a feminine symbol of beauty, balance and grace.  Her unique ability of metamorphosis helps us to understand change and transformation.  The butterfly brings messages of things to come.

Jason was born in Etobicoke, Ontario and from an early age had a strong connection to Norval Morrisseau’s Woodland style.   He began to study Norval's work in depth from about the age of 15.   Soon after he travelled back to his roots in Northern Ontario, and believes the Creator brought him together with Norval and some of his close family.   At the age of 17, he was blessed to spend time with Norval himself.   He was incredibly inspired by his art but would not realize his calling for many years to come.

After moving to North Vancouver in 1991, some years passed but his connection with Norval’s art and his Ojibway culture stayed strong.   After Norval chose to share his gift with his nephew, some time passed and his nephew decided that Jason, too, was being called to paint this amazing style.   Jason was not sure he had the talent to paint.   Then, several years ago, Norval came to him in two very powerful dreams.   He stood behind Jason as he painted and gave direction and guidance.   Jason awoke and knew in his heart that it was time to pick up the paint brush again.  Ever since, he has been painting with beautiful bright colours in the style that was taught to him.   His inspiration and strong desire is to bring healing and joy through colorful images, passing on teachings and stories that have been passed to him.