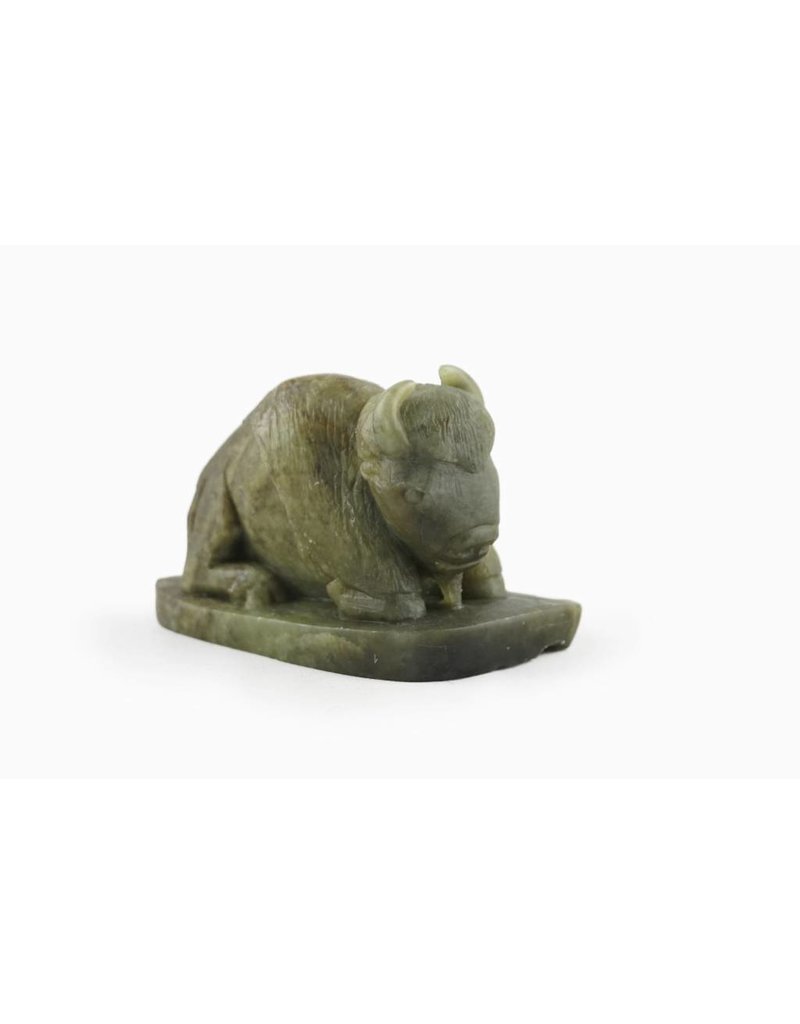 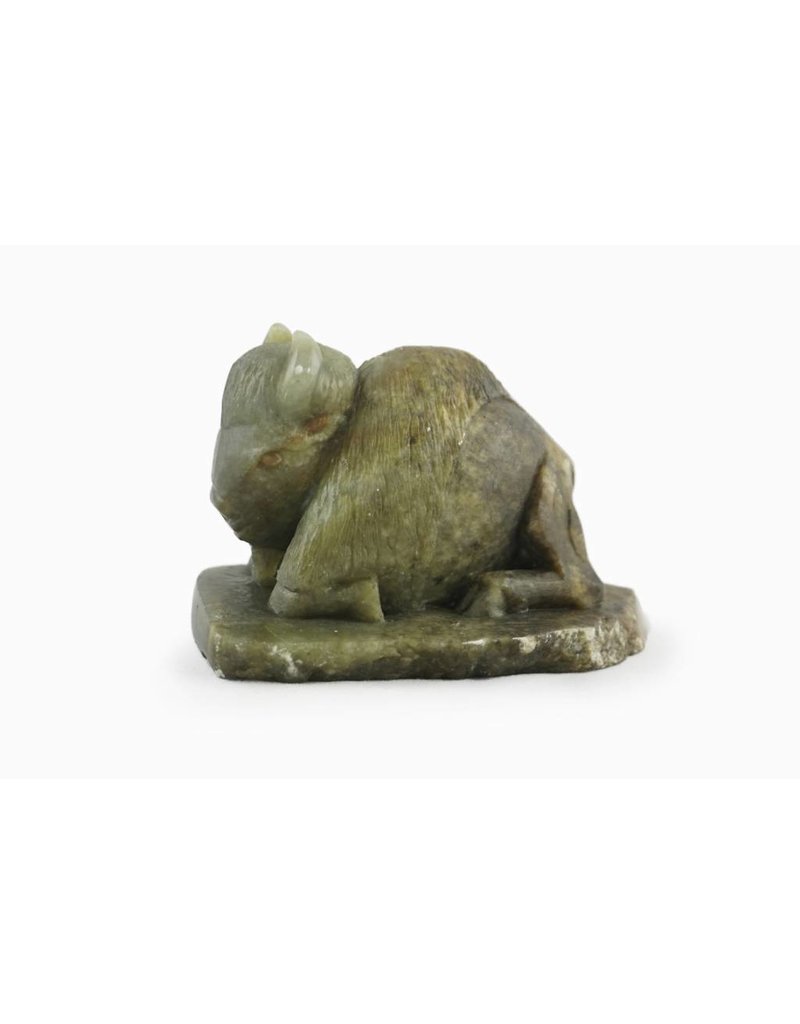 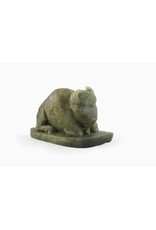 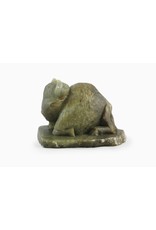 Buffalo (also known as bison) plays an important role in Native American folklore, particularly the folklore of Plains Indian tribes. Buffalo was one of the most important food sources for Plains tribes, but they were hard to hunt in the days before guns and horses, so there were many rituals, dances, and prayers in Plains Indian tribes related to the difficult and dangerous but life-sustaining art of buffalo hunting. In many Plains Indian myths, buffalo gave themselves up willingly as a food source for humans, and therefore have a special position of honour and respect.

Darren Gowan has worked for over 15 years in his chosen career, growing and developing as an artist. As a young man, raised in the Caribbean and urban Ottawa, Darren began a journey that strengthened his connection to his First Nations heritage (he is Plains Cree and member of the Day Star First Nation) and found his true calling as an artist. Darren began carving in 1992 with antlers, bones, horns, and hooves of Deer, Moose, and Elk and carved his first full Moose Antler in 1993. In 1997, he began working with stone. He continues to strive for excellence in all facets of his work.